May 8 marks 75 years since the liberation of Europe 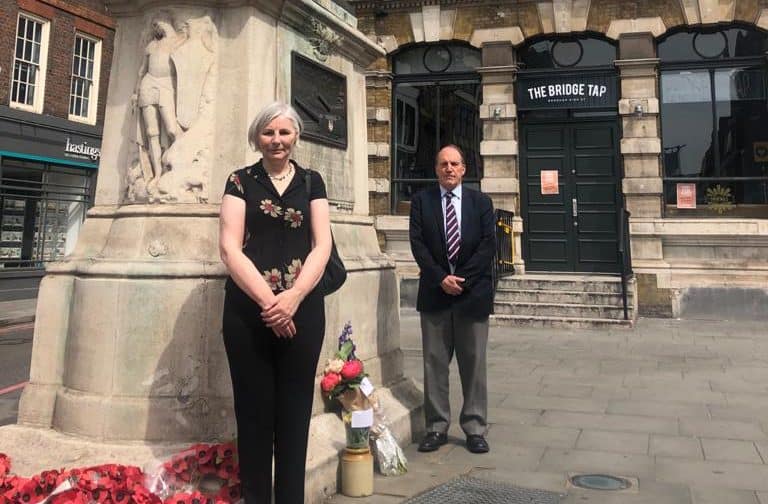 Sir Simon Hughes laid flowers at war memorials in Southwark today to mark the 75th anniversary of the allies’ victory in Europe.

The ex Bermondsey Liberal Democrat MP and current chancellor of London South Bank University paid tribute at the foot of the Soviet War Memorial in Geraldine Mary Harmsworth Park, outside Kennington’s Imperial War Museum at 11am.

He was joined by current St George’s councillor Graham Neale, at a two metre distance, as the nation observed a two minute silence.

At 11.30am Hughes paid his respects at the Borough War Memorial where councillor Adele Morris was also in attendance.

Southwark Council have opened Camberwell New Cemetery today for anyone who wishes to pay respects at veterans’ graves.

VE day is being commemorated across Southwark and south-east London; one of the hardest hit areas of the country during the war, as our photo story courtesy of the Museum of London Docklands remembers.

Earlier this morning the Red Arrows flew across Bankside and Bermondsey in a stunning display of red, white and blue. Simon Hughes and Adele Morris at Borough High Street’s memorial at 11.30am on VE Day 2020