The cause of the fire is now under investigation 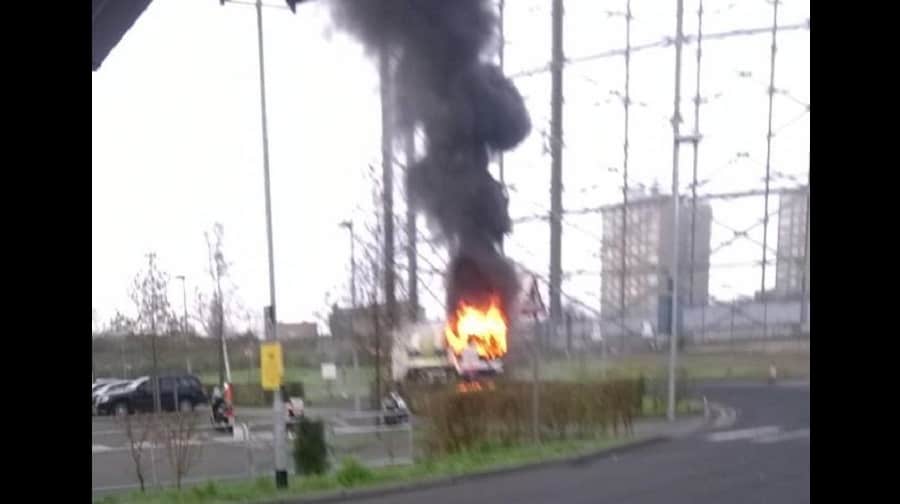 A rubbish lorry spontaneously burst into flames yesterday near the Veolia recycling centre in Peckham.

The cause of the fire is unknown, but an eyewitness told the News the fire started at the back of the driver’s cabin.

The London Fire Brigade were called to the scene in Devon Street yesterday morning.

A  London Fire Brigade spokesman told the News that a crew from Old Kent Road Fire Station arrived at 7.30am.

No one was injured and the blaze was put out within eleven minutes.

A Veolia spokeswoman said: “We can confirm that one of our vehicles caught fire at our Southwark Integrated Waste Management Facility at 7.30am on March 15.

“The fire brigade attended the scene and quickly extinguished the fire… a full investigation is currently underway.”