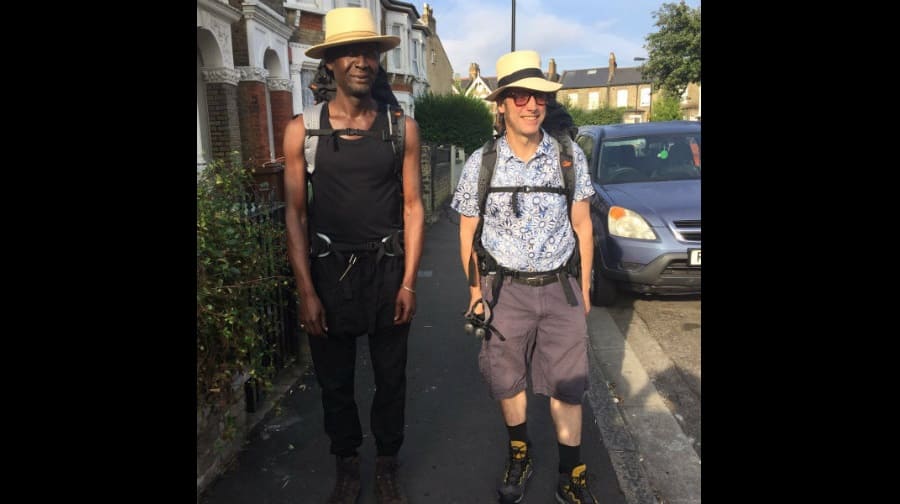 The Rev Paul Collier (right) with his husband

A vicar and his husband are walking over 1,000 miles from Peckham to northern Italy and raising money to replace the roof at Copleston Church community centre.

Paul Collier, 53, set off with his partner four weeks ago, and are currently strolling through the south of France and over the hilly vineyards of Burgundy.

They hope to arrive at the Italian town of Assisi on August 13 by averaging 20 miles per day, all in the hopes of reaching their £10,000 target.

Rev Collier told the News: “The weather has been amazing and the views are incredible.

“Although, we didn’t know what would be a realistic target, and originally we thought we would manage 30 miles per day.

“Our feet are sore, and it has certainly been tough, but we have managed 320 miles so far and we are stronger than when we started.”

Paul said the 140-year-old roof of the Copleston centre has become so damaged that “when the rain goes the wrong way, we have to get out the buckets”.

The hall is used by a mental health group, and the Southwark Day Centre for Refugees, among “dozens” of other community groups. The groups are currently without a home until the work can be finished.

The first part of their route has taken them on foot from London to Dover, with a train to Calais, before they next board a train beneath the Alps and to Turin, before they cover the last hundred or so miles.