The board pays tribute to the 24 mainly young girls who lost their lives at the corset factory on the June 22, 1944 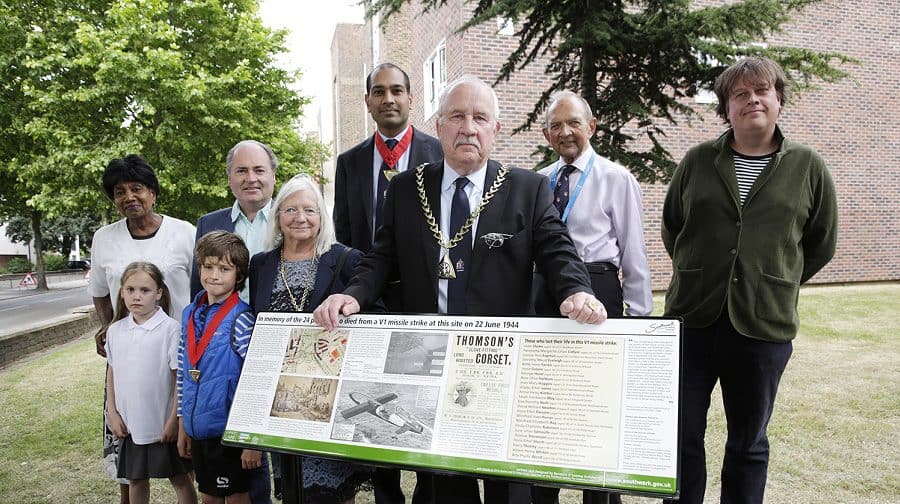 A memorial board has been placed to commemorate the corset factory disaster, after a joint effort between the Peckham Society and Southwark Council’s Cleaner Greener Safer team.

The board was unveiled in front of 40 attendees by Southwark mayor Charlie Smith, deputy mayor Jamille Mohammed, and Ian Wingfield, Southwark’s cabinet member for the environment and the public realm.

Speeches were given by Peckham Society chair, Dr Peter Frost, and architect Benedict O’Looney, who both helped research the corset factory blast.

The board pays tribute to the 24 mainly young girls who lost their lives at the corset factory on the June 22, 1944.

The unveiling took place on June 23, and the board is located outside Glover House, between Peckham Rye, Nunhead Lane and East Dulwich Road.

This new information and memorial board gives a detailed account of the incident, using the same historical, detailed maps and imagery featured in this article.