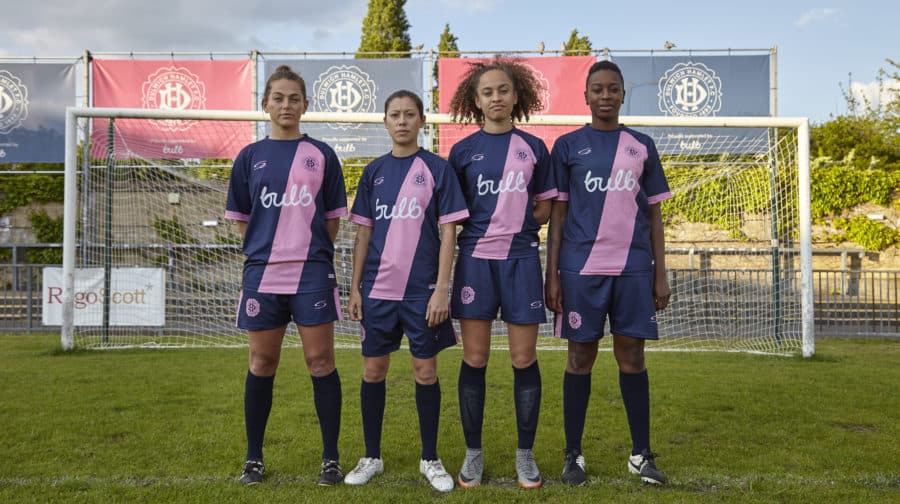 Dulwich Hamlet have announced their first ever women’s team after merging with Clapham-based AFC Phoenix.

Formed of players from ten different nationalities, the club was founded in Clapham Common in 2010.

Hamlet director, Tom Cullen, said it had ‘never felt right’ to him that DHFC didn’t have women on the pitch.

“When we got back to Champion Hill we made it a priority to fix the imbalance and I’m absolutely delighted to have been able to find such a talented and dedicated team to wear the famous pink and blue,” he said.

AFC Phoenix’ captain, Brittany Saylor, said: “We are thrilled to become a part of the Dulwich family.

“The club ethos and community support along with the talent and dedication of our girls is a definite recipe for success.

“We’re looking forward to continuing our accomplishments under the Dulwich name.”

The new Dulwich Hamlet Women’s FC, managed by Farouk Menia and Jack Badu, will play in the 2019/20 season on Sundays and Wednesdays.

All league games will be covered by season tickets, or priced at £4 for adults, £2 for concessions and under-thirteens for free.

The team full pre-season fixture to be held on four consecutive Sundays, with a 2pm kick-off.

Trials are also expected to be held soon.