The victim was left hospitalised after the attack, said police 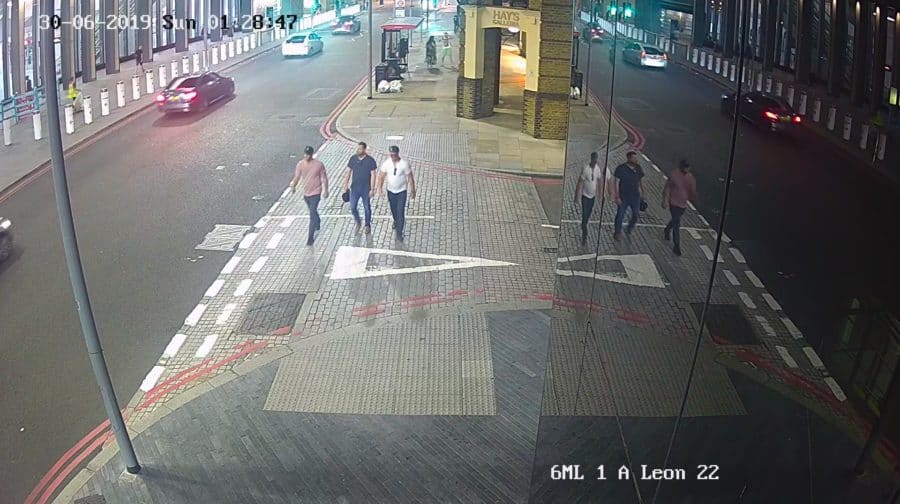 Police said they want anyone who can identify the men in the CCTV to contact them (Image: City of London Police)

City police have launched an appeal after a man was seriously assaulted outside a London Bridge coffee bar, leaving him hospitalised.

The victim suffered ‘serious head injuries’ in the assault, which happened close to Borough High Street at around 1am on June 30.

Police believe there may have been an altercation between the victim and the suspect on the bridge before the assault.

PC Jack Boswell, of the City of London Police, said: “We are asking anyone who can identify the men in the image, and people who have information about this incident, to contact police.

“There were a number of people in the area at the time of the incident, especially at the northbound London Bridge bus stop and outside the coffee bar, so we’re keen for those people in particular to come forward.”

The independent Crimestoppers charity can be contacted completely anonymously on 0800 555 111.