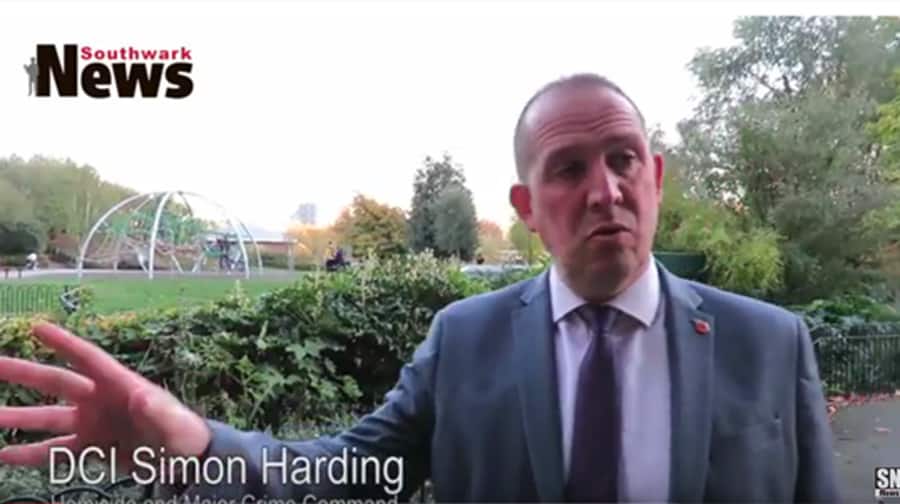 DCI Harding speaks to the News.

The officer leading the investigation into the murder of 38-year-old Rocky Djelal took the News through the moments leading up to the killing in Southwark Park, writes John Cowley…

Earlier today police released shocking CCTV footage of the suspected killer showing him strolling out Southwark Park shortly after stabbing the Bermondsey father-of-two to death, next to a busy children’s play area on Wednesday afternoon (October 31).

DCI Simon Harding released the footage of the main suspect – taken from the CCTV cameras of the Park Café – in the hope that someone “might recognise the suspect, his walk, his clothing or maybe his gait.”

Police said there have been no arrests while their enquiries continue.