VIDEO: Detective leading the Rocky Djelal murder hunt says ‘My biggest priority is to find the man who’s prepared to do this in broad daylight’ 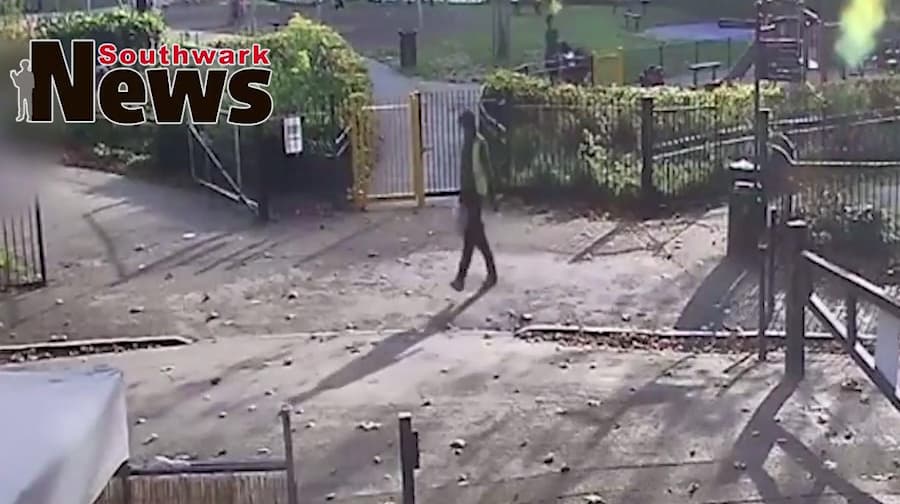 The officer leading the murder investigation into the death of Rocky Djelal told the News he wanted to hear any information people might have no matter how small and said the killing was especially ‘concerning’, as it happened next to children playing.

Speaking to the News at Southwark Park yesterday, where Mr Djelal was stabbed to death at around 2pm on Wednesday afternoon, DCI Simon Harding said:  “This was 2pm, it was busy, it was quite a nice day and he’s prepared to walk in to the park in front of the children’s playground where there were children at the time and stab somebody.”

Detectives were keeping an open mind on the possible motive, and said he did not know whether the killer was known to Rocky or not.

DCI Simon Harding said: “I don’t know about the motives at the moment. There’s lots of lines of enquiry we’re following.

“There’s some fairly unhelpful speculation in the media at the moment.

Mr Djelal is believed to have been recently released from prison for his role in a gang which carried out a ‘mistaken identity’ killing of a Borough man in 2013.

Chris Foster had been drinking at the St. Christopher’s Inn pub on Borough High Street when he was stabbed.

The gang had attacked the father-of-one, believing him to be somebody else. He tragically died after being stabbed in the back.

Mr Djelal had been sentenced to six years in prison at the trial in November 2014, after pleading guilty to conspiracy to cause GBH.

Police yesterday released shocking CCTV footage of the suspected killer, which shows him strolling out the park just moments after the fatal attack on Mr Djelal.

Detectives believe that the killer was in the park around fifteen minutes before the attack on Rocky, who was on the phone at the time.

Police believe the suspect then left the park by Gomm Road at around 2pm before turning onto Lower Road, passing in front of the Seven Islands Leisure Centre and then towards the roundabout close to the Rotherhithe Tunnel.

He is seen in the footage wearing black clothes, with his hood up, a bright hi-vis tabbard and carrying a Tesco carrier bag.

The lead officer said the suspect’s clothing made him very ‘distinctive’ and added that he would have passed lots of people walking out of the park, whom he urged to contact him immediately.

“I’m prepared to hear anything from any member of the public who has concerns or believe they’ve heard something, it doesn’t matter how small, I can work on those,”  said the officer.

“My team can easily dispel any rumours that might occur by our investigation so I’m happy to hear anything from anybody to help find who did this.”

Detective Chief Inspector Harding also spoke to the News of his concern that the brazen attack took place in broad daylight and spoke of his conviction to find the person who did it.

He said: “It’s quite a concerning incident, so that’s my appeal really is I want to find him.

“My biggest priority is to find the man who’s prepared to do this in broad daylight.”

The bereaved family of Mr Djelal yesterday paid their tributes to the ‘son, brother, father and uncle’ and thanked all those who had waited with him during his final hours. The victim Rocky Djelal, 38, from Bermondsey

The family said: “We would like to thank everybody for the kind words, love and support you have shown our family at this time.

“Thank you to all of the people who rushed to Rocky’s aid in the park and made sure our boy was not alone in his final moments.

“Thank you to all of our friends and family who waited in the park with us while we waited for our boy to be taken away, we couldn’t have done it without you.”

The moving statement, released via police, included tributes from Mr Djelal’s parents and his two children.

Police have not yet arrested anyone and say enquiries continue.

Southwark NewsNewsVIDEO: Detective leading the Rocky Djelal murder hunt says ‘My biggest priority is to find the man who’s prepared to do this in broad daylight’