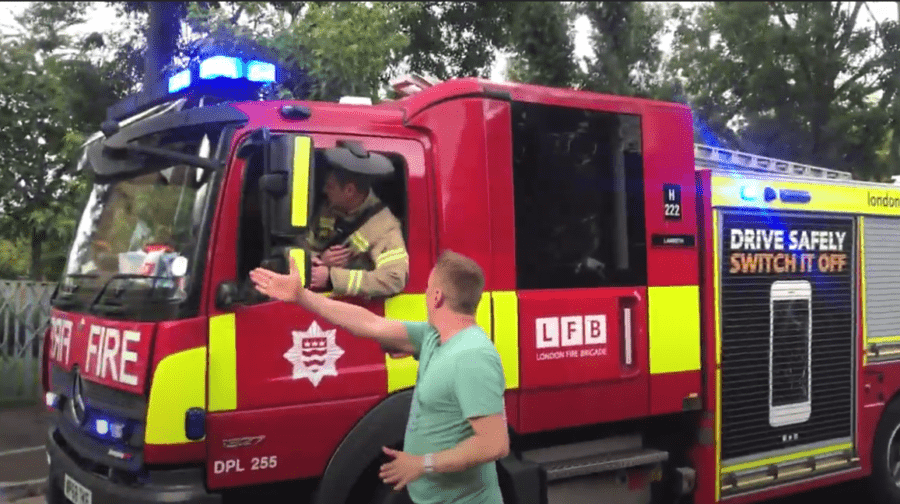 In one incident, residents had to help firefighters navigate the road closure

Residents have made a habit of taking videos of the times emergency services appear to have been blocked off a council ‘low-traffic’ roadblock in Chapter Road, which they have been sending to the council since July.

Council officials responded only that the details of the roadblocks had been shared with the emergency services, said Tristan Noakes, who has lived on Chapter Road for fifteen years.

The News has compiled six of the videos filmed by residents, which appear to show a months-long pattern of ambulances and fire brigade trucks being blocked from their intended route while responding to an emergency.

The flower-bed was installed on Chapter Road in early July. Less than two weeks later, residents film an ambulance which seemingly drives up to the road-block and then turns around again.

Another video appears to show an ambulance struggling to navigate the road which has been blocked off by Southwark Council’s low-traffic scheme.

A day later, firefighters get stuck at the barrier and are forced to ask residents for directions on how to navigate their way around the streets – despite having their lights flashing for an emergency.

Two fire engines are directed by residents on how to circumnavigate the flower-bed.

The day after an ambulance was reportedly delayed by the scheme in responding to a woman falling from a fourth-floor, an ambulance responding to an emergency is filmed driving up to the road-block and then quickly making a u-turn and coming back down the road.

The following day, just hours later, the same appears to happen again to yet another ambulance on the same road.

A video on Monday again appears to show ambulances blocked off by the Chapter Street flower-bed. Resident Tristan Noakes says this means an emergency services vehicle has been blocked off on the road four times in just one week.