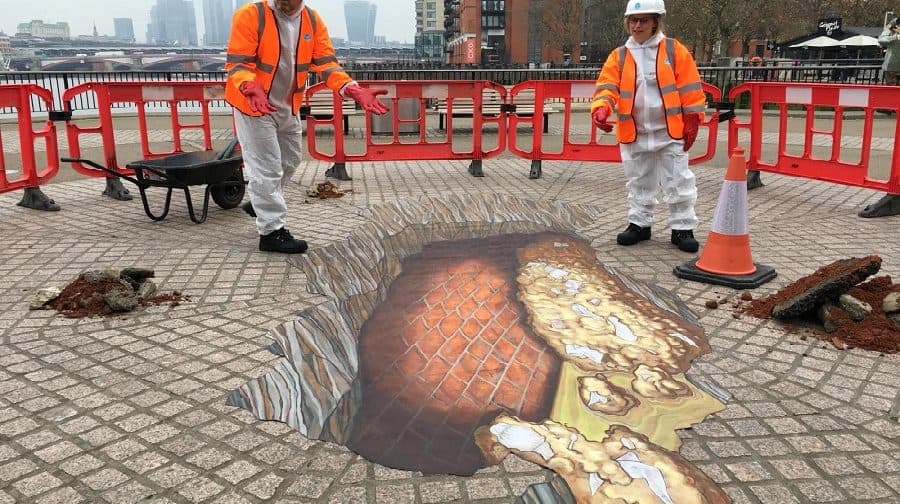 Artist's impression of a fatberg

Nearly five hundred ‘fatbergs’ had to be cleared from Southwark’s sewers  in the last year, says Thames Water, as it launches a public campaign to raise awareness about what can and can’t be flushed.

Fatbergs are giant, hardened blockages of nappies, sanitary towels and tampons that have mixed with cooking oils and fat poured down the sink.

For the last three years in a row there have been around 500 blockages in Southwark, causing a headache for the  company, which says it spends eighteen million pounds a year clearing blockages across its system, with the vast majority caused by fatbergs.

Last year, the biggest ever fatberg – two football pitches long and weighing the same as eleven double-decker buses – was removed from sewers in east London with parts of it displayed in the Museum of London.

Thames Water is now raising awareness of the issue and wants to raise awareness of what can and can’t be flushed.

Many people believe wet wipes can be flushed – with some labelled as such on their packaging – but these are one of the biggest contributors to the problem.

Flushing nappies and other waste also contributes to plastic pollution.

A survey published today by Thames Water shows that four in ten people admit to flushing wipes, nappies and sanitary products down the loo.

Henry Badman, from Thames Water, said: “It may seem easier to pour oil down the sink or flush wet wipes down the loo as it is more convenient.

“However, this can lead to blockages which are both expensive to clear and can have a devastating impact on the environment so we’re asking for our customers to help us fight the fatberg by making a few simple changes.”