An online storm erupted as hundreds commented on controversial scenes 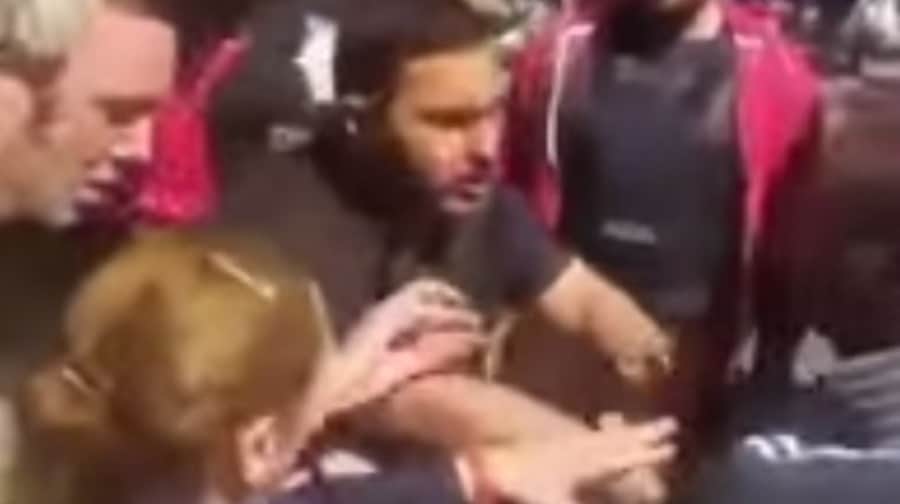 Scene of the scuffle in Rye Lane. Video by Djali Journalist

Video footage released this week shows immigration officers being verbally abused as they made arrests in Peckham earlier this month.

As part of an operation to target illegal working, Home Office Immigration Enforcement Officers visited two businesses in Rye Lane on May 13.

Three men were arrested at K&K Butchers after they were found to be in breach of their visas. They have been released and ordered to report regularly to the Home Office while their cases are progressed.

But while the officers went about their work, they were “confronted by members of the public unhappy with their presence and were subjected to some verbal abuse,” according to a Home office spokesperson.

A video of the commotion in Rye Lane has been viewed over 350,000 times online and attracted hundreds of impassioned comments from both sides of the debate.

In the footage three immigration officers can be seen tussling with members of an angry crowd in the middle of the street and as the officer’s leave in their van, the crowd cheers. No one was injured.

A Home Office spokesperson said:  “These arrests send a clear message to those who believe they can abuse the UK’s immigration laws. Anyone who is found to be here illegally will face removal from the country.

“We would urge anyone with detailed and specific information about suspected immigration abuse to get in touch.”