The Labour leader was leaving Silverlock Tenants Hall after a Q&A session with Southwark residents at the time of the incident. 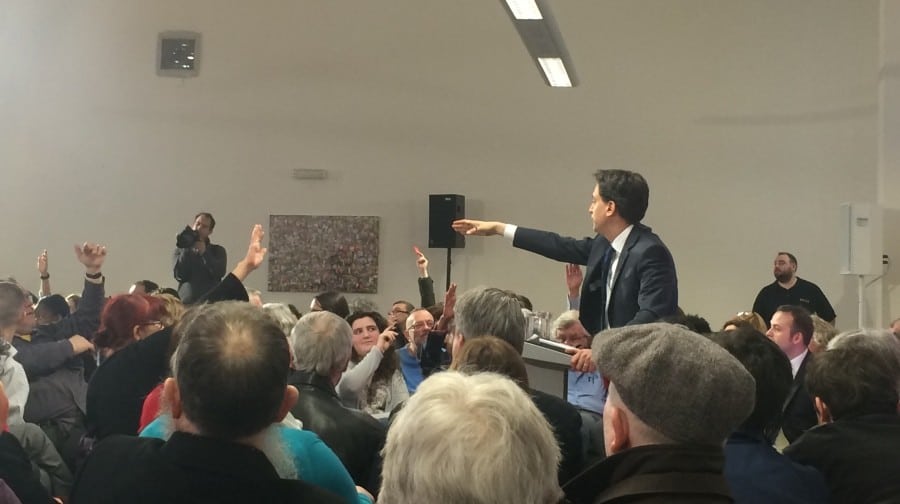 Despite claims on social media that he had been punched, it appears that the confrontation was not physical in nature. The protesters were wearing Alex Salmond masks and carrying banner mocking the Labour leader.

The video was taken by Carol Wheeler, a campaigner for New Father 4 Justice, a group that highlights the “injustice that fathers face in the family court system.”

This isn’t the first time Miliband has met with controversy in Southwark, after being pelted with eggs in East Street Market in August 2013.

So all the spin from Labour about Miliband being punched and shoved was total lies. They have learnt nothing since Blair was in charge. Why would anyone vote for such a contemptible shower.