VIDEO: Peckham teen competing for the Magnolia Cup at Goodwood

'A big part of my life has been proving people wrong' 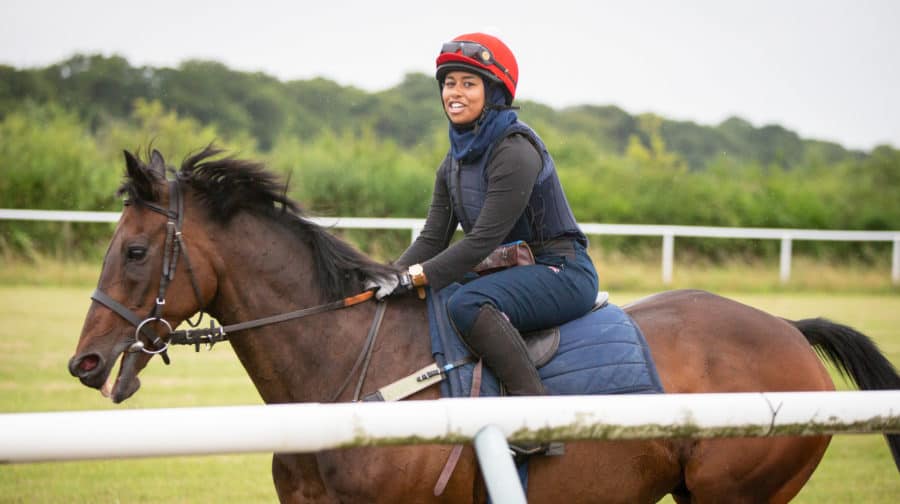 An eighteen-year-old from Peckham is competing for the Magnolia Cup at Goodwood Racecourse on Thursday, just months after first sitting on a racehorse. Her incredible story is being captured in a TV documentary, Riding a Dream, due to air in the autumn, which she hopes will show other Muslim girls they can achieve anything they set their minds to after she began training in earnest in April.

Since finishing her A Levels she has been riding several times a day and putting in time in the gym and on a mechanical horse to polish her technique.

She said: “I know it sounds weird but you don’t understand how fast race horses are until you’ve sat on one!

“It’s crazy to think of my journey over the last couple of months but a big part of my life has been proving people wrong.

“There are definitely a fair few guys out there who would struggle to do what I am doing and I am thrilled that I am part of shift in social understanding of what women can achieve and what they can be good at.

“There’s quite a stereotype around Muslim girls and them ‘not being able to follow their sporting passions and dreams’.

“I want to be a role model to anyone who wants to do something that they wouldn’t initially believe was in their comfort zone and allow people to follow their aspirations and dreams.”

Riding a Dream is produced by Oli and Philip Bell, is jointly funded by Great British Racing, The Racing Foundation and Goodwood Racecourse.