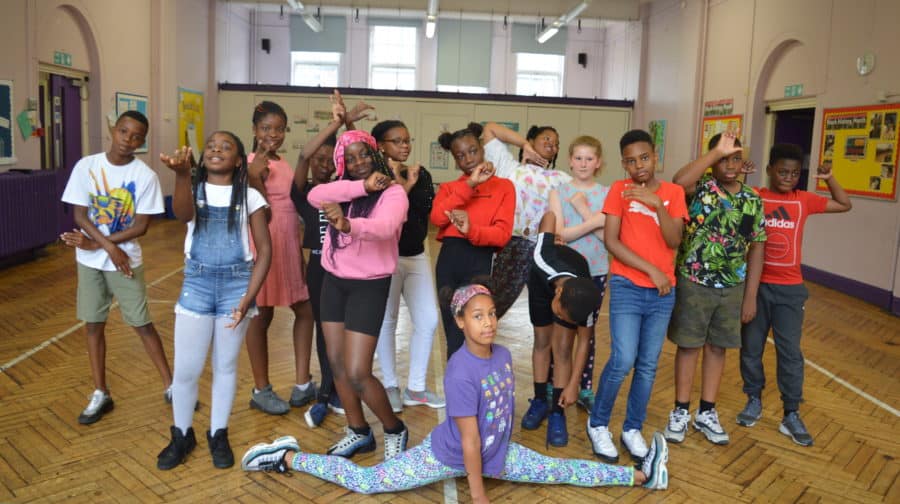 A drama project helping primary school leavers plan for the move to secondary school says it has reached a record number of pupils after being profiled in Southwark News.

Little Fish Theatre, which holds the Learning for Life Summer Scheme each year, worked with 118 young people in just a fortnight throughout July and August.

The lottery-funded project helps the ten to twelve-year-olds prepare for joining Year Seven with the help of drama, music, art and dance, aiming to build their confidence and work through any questions or worries they have about the move.

The News ran a story about the free scheme and its call for applications in May.  Organisers Alex Cooke and Suha Al-Khayyat said that since then parents and carers had been ‘fantastically supportive’.

At the last session, held at Rye Oak Primary school on August 9, parents came together to watch the pupils’ final show, and enjoy some homemade cakes.

“Thank you for being a part of something so transformative in my daughter’s journey to secondary school,” one parent said.