His coffin was led off bearing his old Viking sword, helmet and drinking horn. Reginald said: “All Viking warriors enter the afterlife with their sword, and they go to Valhalla – the great Viking Hall where he will drink and feast forever” 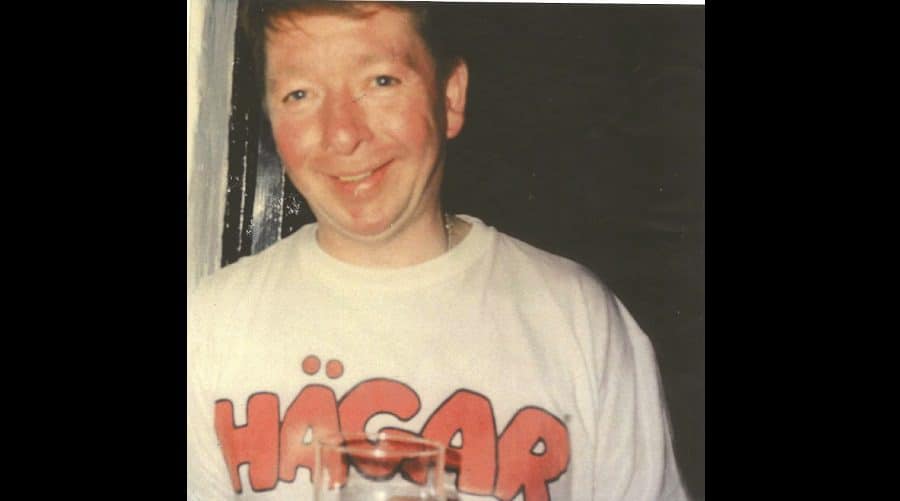 The tragic death of Peckham man Peter Allingham was marked with loving tributes and stories about his life at his funeral last week.

For some 30 years Mr Allingham was barman and assistant secretary of the Peckham Liberal Club. For the last two years, he adopted a new perch at the Kentish Drovers pub, returning to the same table every morning and evening.

The 74-year-old died on September 4, at 10am, as he crossed Peckham High Street after leaving the pub, but came into collision with a lorry.

His death was two years to the day that Mary O’Leary, 76, was in a collision with a skip lorry in the same section of the High Street.

At the funeral, tributes to Mr Allingham were led by his best friend, 72-year-old Reginald Stone from Hammersmith. The two met in the ‘70s, when Mr Allingham was also the publican of The Blackhorse in St Martin’s Lane, Soho, and The Old Shades in Whitehall.

“He was an incredibly chatty guy and we just got talking,” Reginald said. He told the News they bonded over their shared love of Viking war re-enactments.

“We both loved that you got to live this fantasy,” Reginald said. “You would meet up with other Vikings and go all over the country. There were about 600 of us in the Viking Society. We would meet up and spend a few days camping and drinking and having an incredible time hitting each other with swords and axes. Some of the most incredible stories came out of those adventures.”

An earlier period of Mr Allingham’s life was spent working on a steam train, as the fireman – tasked with endlessly shovelling coal into each machine’s furnace as they hurtled between Birmingham and London.

Peter Allingham (left) with Gerry East, chief of the Viking Society, in 1990

Until February this year, Mr Allingham worked in the Oxford Street Marks and Spencer’s operations team. A spokeswoman for the shop said: “He’d been with us 33 years… He will be really fondly remembered by the team, and a number of them will be attending his funeral.”

Mr Allingham spent his colourful life with childhood sweetheart George Boardman, whom he met aged seventeen. The two owned a house together in Elm Grove, Peckham, and had run the two central-London pubs together.

But Reginald – and Mr Allingham’s neighbour Simon Beresford – say that losing George to cancer in 2015 had a dramatic effect on his life.

Simon told the News: “When George was dying they were both by chance in hospital at the same time [at King’s College Hospital] because Peter had injured his shoulder. So the doctors were able to make it that they would be together, with their beds put beside each other for George’s last hours.”

Simon and Reginald both believed Mr Allingham was deeply affected by losing George. “It put him into a state of shock and depression. I don’t think he knew what to do with himself after that,” Simon said.

It was discovered recently by Reginald and Simon that Mr Allingham suffered from diabetes. He was notoriously tight lipped about his health, but anyone who knew Mr Allingham would have known of his more noticeable ailments, such as his reliance on a crutch.

The Kentish Drovers pub in Peckham

Eros Biavati, assistant manager at the Drovers, said: “[Peter] didn’t talk much but he was always pleasant, a nice bloke. He would come in every day at 8am and have traditional breakfast; no sausage, extra mushrooms, bacon well-done, and drink two cappuccinos.

“He was always the first person to arrive. Now there’s no one ever here anymore from 8am to 9am.

“Then he’d come back in the evening, and drink two Strongbows and a Port. The other regulars would help him get his drink, because he struggled to walk up to the bar.”

Eros said he used to order the port – Cockburns Fire Ruby – especially for Mr Allingham, as he was the only one who drank it. And they kept a special glass for him – “a little chalice with gold around the rim”.

Mr Allingham’s funeral was held on October 17 at the Bretchley Gardens, and a wake was held at the Peckham Liberal Club.

His coffin was led off bearing his old Viking sword, helmet and drinking horn. Reginald said: “All Viking warriors enter the afterlife with their sword, and they go to Valhalla – the great Viking Hall where he will drink and feast forever.”