The office, retail and community development on St Thomas Street by London Bridge was first rejected for being too tall 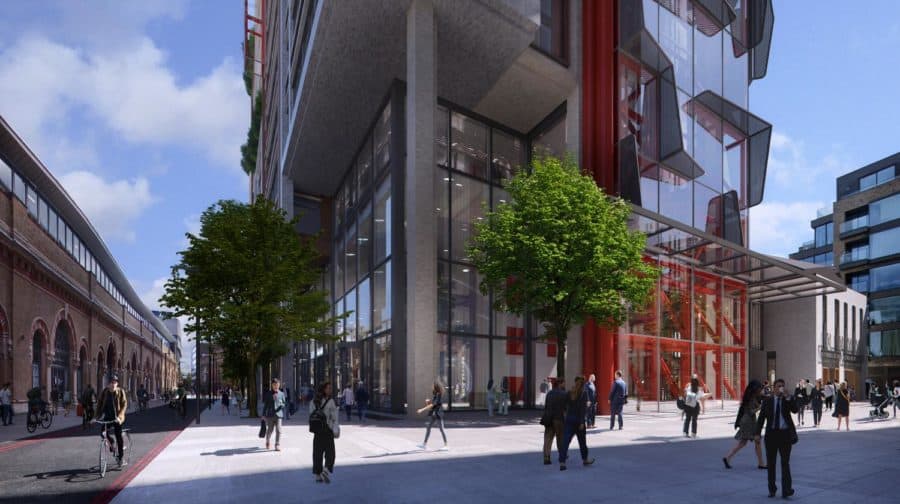 Developers of a proposed Bermondsey building that was rejected by Southwark Council’s planning committee for being too tall have drawn up new plans – for an even taller tower.

CIT’s Vinegar Yard office, retail and community development on St Thomas Street by London Bridge was thrown out in June last year for its height and overshadowing effect on nearby housing and heritage sites. That building would have been 85.8 metres at the highest.

The new plans, available on private equity property investor CIT’s website, show a new proposed maximum height of 97.1metres, decreasing in height from west to east. The building would have nineteen storeys, the same number as previously, but according to the developers the higher ceilings in the new plans would meet nearby Guy’s Hospital rules for “healthy and flexible buildings”. CIT said that Guy’s has expressed interest in taking some of the offices. 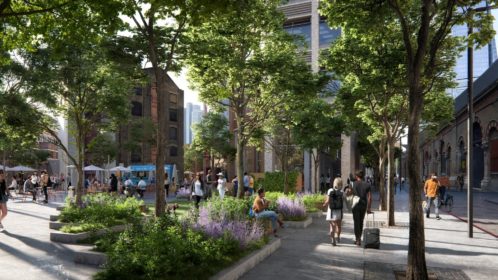 The original plans, first submitted in 2018, would have involved knocking down a warehouse on Fenning Street next to the site, which is currently an open-air market. The new plans keep the warehouse, which will be converted into shops on the ground floor and a flexible meeting and event space for the local community on the first floor.

Other changes include a new garden on the east end of the site, and the addition of cheaper office space aimed at small medical technology companies. The original proposals would have also seen a new music venue built, but the updated version has removed this amid concerns about noise and anti-social behaviour.

The ground floor will be made up of independent shops, restaurants and bars, CIT said. There will also be space for artists’ studios.

You can sign up for an online presentation with the developers on this evening (Thursday May 27) or a week later on June 3 to learn more about the plans, go to www.vinegaryardcit.com/find-out-more

Vinegar Yard is not CIT’s only investment in the borough. The private equity firm also owns Colechurch House on the south-eastern corner of London Bridge, and wants to knock it down to build offices and a park.