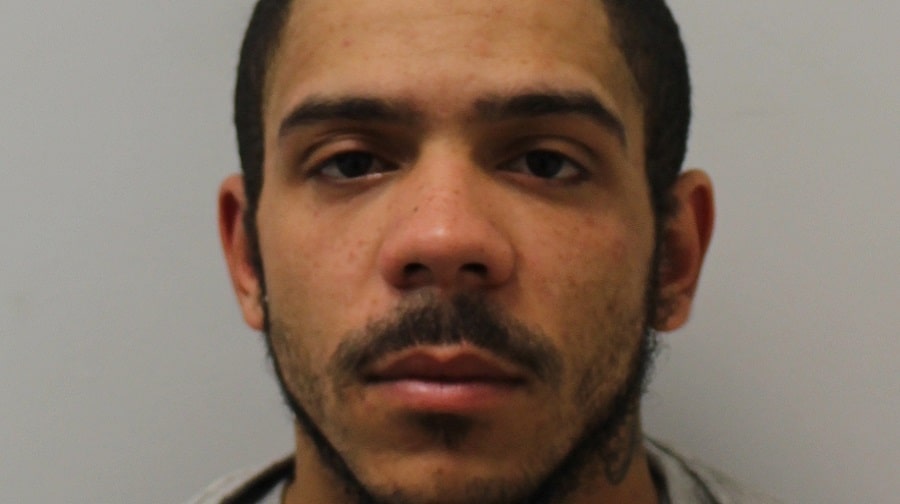 Jermaine McDonald has been jailed for thirteen years

A violent robber who left a dog walker paralysed after attacking him with a screwdriver in Dulwich Park has been locked up for more than a decade.

Jermaine McDonald, 26, of no fixed abode, was put behind bars for thirteen years on Friday, December 1, for wounding with intent.

He will also serve a further five years on licence.

During the trial, Inner London Crown Court heard how at about 1pm on April 27 McDonald approached the 31-year-old victim who had been walking his dog with a female friend, aged in her 30s, in Dulwich Park.

McDonald stabbed the victim to the left side of his head and to his chest.

He also kicked him when he was lying on the ground. The woman was not physically injured.

Police say the motive for the attack appeared to have been robbery, although there is no explanation for the extreme level of violence used.

The woman’s handbag was stolen and bank cards were used by McDonald, who spent less than £100 on cigarettes and alcohol in three contactless transactions.

Detectives from Southwark CID investigated the attack and arrested McDonald on April 30.

In a statement read out in court, the victim’s girlfriend said the attack had changed their lives forever.

“If the attack has not ruined our lives, it has certainly changed them forever in a way that I would not wish on anyone,” she said.

“Watching him lying in a hospital bed, connected to machines, sedated and paralysed is the most terrible thing I have ever experienced.

“He was in intensive care for six weeks in total. The doctors kept him in an artificial coma for sixteen days and, once the sedation was stopped, it took another ten days for him to regain consciousness.

“He had to be on a ventilator because he was in such a deep sleep and, at the time, the doctors had no idea whether he would ever breathe fully by himself again.

“He is still often confused and struggles to remember where he is, why, what he has just done and even whether I have been to visit him.

“Perhaps the hardest thing at the moment is the uncertainty about our future.

“Every day, I am so grateful that he is still with us and that he can communicate and move and his personality is still in many ways like before.

“However, I don’t know how much he will improve and what our life will be like.

“The fact it was caused by the violent act of another human being makes it so much harder.”