Vote for your favourite Millwall tattoo!

After weeks of searching, we're down to a final six. 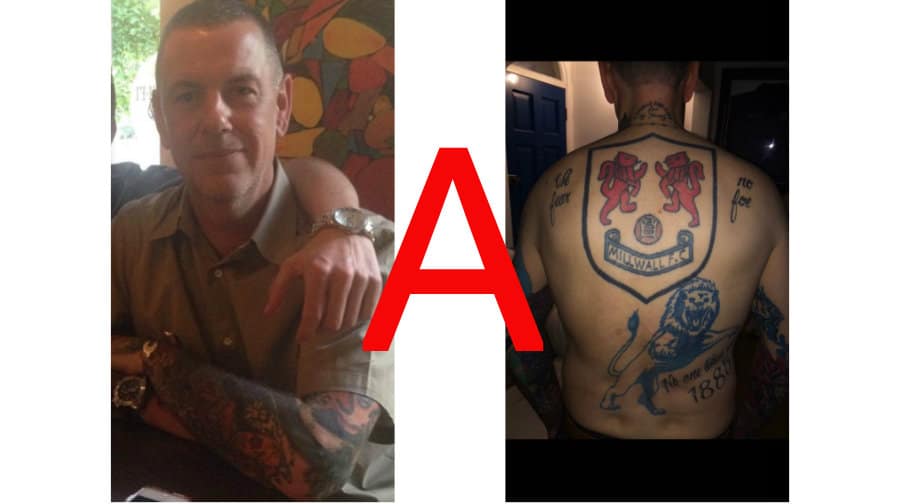 Andrew May, 57, is a bus driver originally from Peckham but now living in Kent. He caught the ball from the play-off final against Swindon in 2010

This is it! After several long weeks of searching, we have finally narrowed down our six finalists in our Millwall tattoo competition.

With a matchday experience in a corporate box at the Den up for grabs, it is truly squeaky-bum time for our six contestants.

Vote here or email your choice to  joey@www.newsatden.co.uk.

Bill May, 27, said a Millwall tattoo was “a must” as he has been a Lions fan since birth

Danny Cooney said he believed his tattoo of a Millwall lion was different to all the others. The 37-year-old said: “Everyone has the same roaring lion, so I went to my tattooist and said I want a Millwall tattoo but not the same as everyone else. We sat together, she done few drawings and I was pleased with this one. It’s a great bit of art and classy – really good detail went into it.”

Mitchell Elliot’s Banksy-inspired tattoo is a nod to the long tradition of supporting the Lions in his family. The 52-year-old said: “It symbolises the five generations of my family who have been Millwall fans. We all brought our sons to games and now my son is an avid fan.”

Neil Sweetman, 48, is a season ticket holder at the Den and has been supporting Millwall since he was three years old. He said: “I thought across the chest would be ideal and dramatic.”

Gary Williamson, 32, chose his armour-themed tattoo “because Millwall are my heart and soul – I proved that by getting this inked for 6 hours non-stop!” He saw the design on holiday in Thailand but thought it would look “even better” with a lion on it.