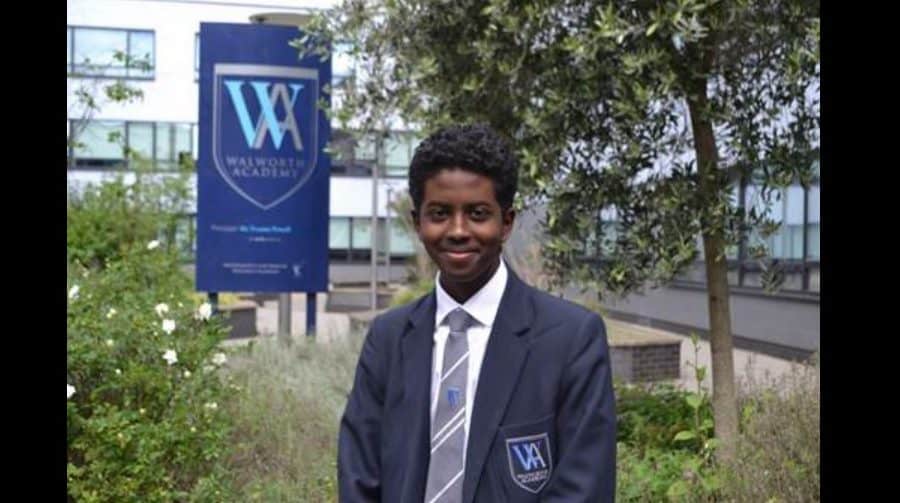 A Walworth Academy pupil looks set to follow in the footsteps of nineteen prime ministers, as well as princes William and Harry, after being offered a scholarship to study at Eton College.

Year-eleven pupil Ahmed Roble said his mind was made up to apply for the world-renowned public school in Windsor after going to an open day.

The fifteen-year-old said: “I thought it was a long shot, but when I went and saw how fantastic it was I knew I had to give it a try.

“[I’m] very happy as it is a once in a lifetime opportunity. Getting the offer made me feel like I had accomplished something significant.”

Come September Ahmed will be studying A-levels in English Literature, Government and Politics, History and Spanish. The scholarship will cover two years’ tuition fees and the black-coattails-and-waist-coast school uniform, as well as costs to study clarinet and field trips.

All Ahmed has to do now is secure six A-grade GCSEs. His top predicted grades, meanwhile, are for five A*s and one A grade, with this year’s results day confirmed for August 25.

Both Ahmed’s parents are Somalian, and moved to the Netherlands where he was raised until they took him to London when he was five years old.

“My parents didn’t know much about Eton until I explained that nineteen prime ministers and members of the royal family have studied at Eton,” Ahmed said.

“My parents were instantly on board. They are proud of me but also sad that I’m leaving home.

“My aim is to study History at Oxford. In the long term, my dream job is to be a politician because it’s how I believe I can really give back and help people on a large scale.”

It’s really disappointing that this young boy is being reported as a ‘somalian’ you would have thought that they could actually get his ethnicity right – people from Somalia are Somali, ‘somalian’ does not exist.