The academy says the Church of England refused rent relief, but the church says it did everything it could to help 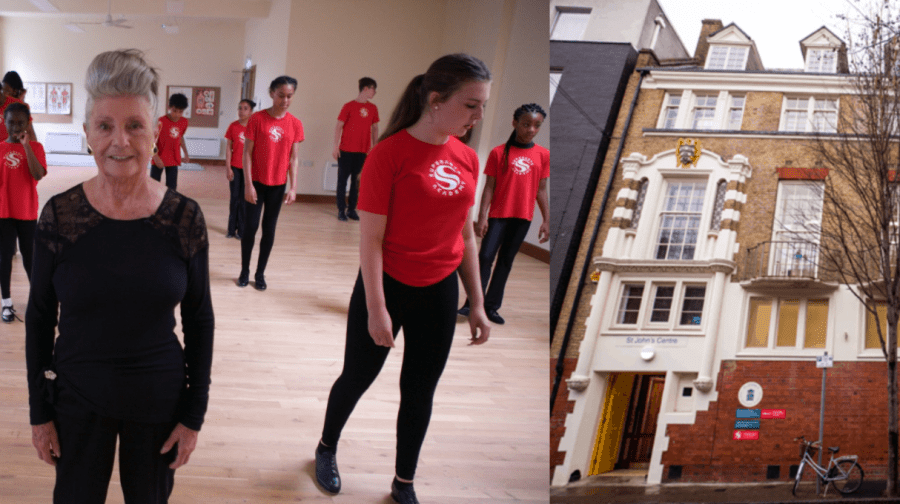 A Walworth dance school which has been running on the same premises for more than half a century has been forced to seek a new home because of the coronavirus crisis.

Superarts Academy of Performing Arts had been located nearly continuously on Larcom Street for 55 years, after being established by Irene Hayes in 1962. It is not-for-profit.

But now 88-year-old Irene’s dance school has packed up and is looking for new premises, after being unable to afford rent during lockdown.

The owner of the space, the St John’s Centre, is the Church of England’s St John the Evangelist.

According to Irene’s daughter, Susan, the director of the academy, the Church insisted on rent despite dance classes not being allowed to take place, and threatened legal action if it was not paid.

Father John Walker, the parish priest of the church, said the academy was given rent discounts for the previous three years totaling nearly £19,000, and the centre would have come to an agreement if the academy was in hardship. “Mum’s gutted really,” said Susan. “She’s always been about the children, I think she just wants to get them back in as soon as possible in September.

“She was very upset when someone [from the Church] said they had propped her up, it was very disrespectful.

“We’re absolutely scared this could put the business under. All the emotional side of things, that comes and goes in waves, but when I locked up last Thursday, that was quite emotional. We just don’t know if we can survive this to be honest.”

The Church did not charge Superarts rent during April, May or June, as the centre was closed over the lockdown. But while the centre was reopened at the start of July, dance classes could not resume because of social distancing, says Susan, meaning rent was being charged on the space the academy couldn’t use.

The dance school finally gave notice to vacate after a small meeting room adjoining the studio was let out against their wishes, which they say meant the children would have had to share toilets on the floor with strangers.

“I understand they have got to make money, but it doesn’t look after the children if we have someone else going through that room,” said Susan, aged 64.

Father Walker said the centre, which is a charity, was nearly £20,000 down in rent income because of coronavirus. He estimates it will take two years to recover.

“We gave them a free period, and we gave them a reduction as well,” he said. “But they refused to pay their rent for the period of notice.

“If they were in hardship, they could’ve shown us their accounts, I don’t know why they didn’t or won’t.

“I don’t know what more we can do. We’ve dealt with this courteously and in a common sense way. I’ve got no animosity towards them at all, we wish them well in finding a new home.”

Superarts is appealing for help to find a new space to make sure the classes can continue.

Thousands of Southwark youngsters have gone through the Academy’s doors, for which owner Irene was awarded a British Empire Medal last year.

If you can help Superarts find a new venue, contact superartsacademy@superarts.co.uk.

It's a Jolly Conley Christmas