Walworth locked down after live grenade found in charity shop

The area manager for charity Sense said "this is the first time we've had a grenade" donated. 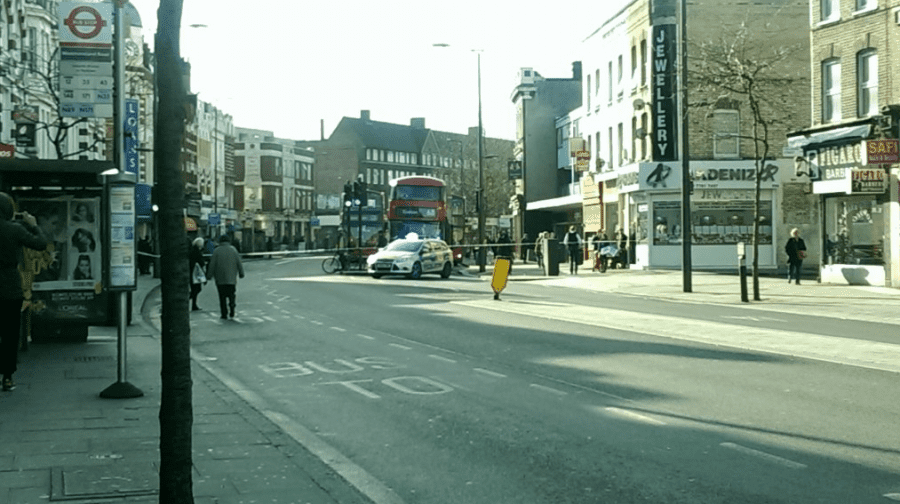 Police at the scene

Walworth was shut down this morning after a live hand grenade was found in a charity shop.

Police locked down the area after the explosive was left as a “donation” at the Walworth Road branch of Sense.

Walworth Road, Fielding Street, Penrose Street, Albany Road and others were closed to traffic, while crowds of onlookers gathered at police cordons.

Sense area manager, Sheron Adlam, said: “When we made the discovery we acted immediately and contacted the police who were fantastic in their response. Our staff and customers’ safety was our main concern. We see all sorts of donations made to the shop, but this is the first time we’ve had a grenade!”

A police spokesperson confirmed that they had attended the scene at around 9.30am after a shop owner discovered “suspicious item.”

At 10.30am the incident was declared “non-suspicious” by police, who removed the item.

All roads and businesses have since re-opened.

Police at the scene in Walworth Road

The London Fire Brigade at the scene