Crews rushed to the scene in five minutes, but sadly found the woman deceased on the ground floor 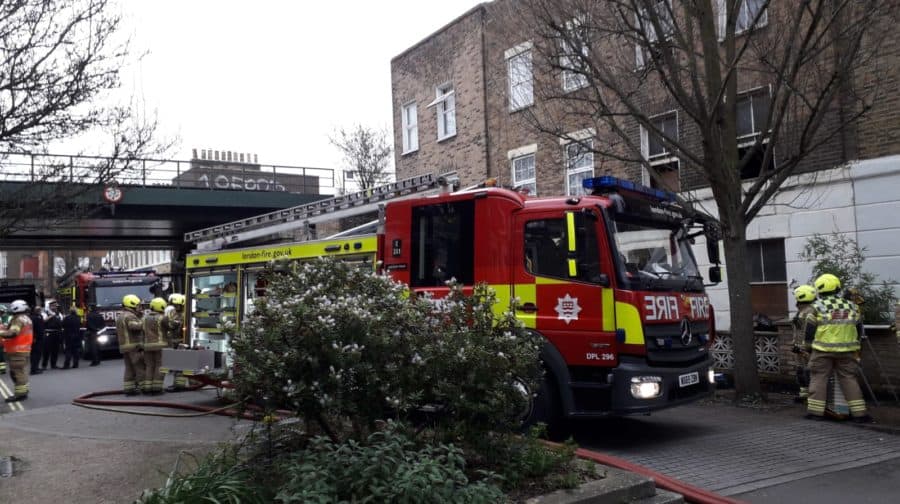 Scotland Yard and the Fire Brigade have launched a probe after a woman died in a house fire in Walworth on Saturday, (January 11.)

The blaze started at the terraced house in Sutherland Square at around 8.30am.

Fire crews rushed to the fire within five minutes, at 8.37am, but after entering the burning building, found the body of a woman on the ground floor.

Six fire engines and around 40 firefighters were called to tackle the blaze in the three-storey terrace, and over half of the ground floor was damaged.

The cause of the fatal blaze is under investigation by the Brigade’s Fire Investigation Unit and the Met.

Firefighters managed to get the fire under control shortly after 10am. Fire crews from Peckham, Old Kent Road, Lambeth River and Brixton attended the scene.