VIDEO: Walworth man jailed as he was getaway driver in a ‘sickening robbery which saw knife held to baby’s throat’ 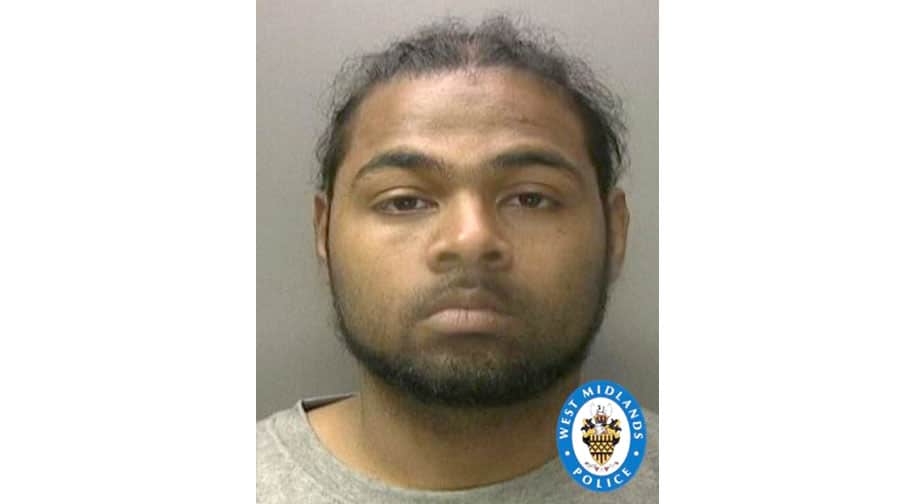 A Walworth man has been jailed for his role in a ‘truly sickening’ robbery, in which the court heard  a craft knife was held to a ten-month-old baby’s throat.

Joshua Juggan, 24, of Alvey Street, was among four men who stormed a house in Coventry in the morning of June 18 last year – and is now behind bars after being intercepted by armed police on the M40.

Warwick Crown Court heard how the gang, involving Juggan and his cousin, Malik Ragnatt, of Croydon’s Bensham Lane, tied two women to chairs while searching the house alongside Daniel McKain, 29, and Gregory Crockett, 24.

When the robbers discovered a safe in a kitchen cupboard, one member held a craft knife to the baby’s throat in a bid to obtain the code, the court was told.

In an interview with police, Juggan admitted being involved in fi kasino online, but claimed to have stayed in the kitchen throughout the robbery – and said he was ‘shocked’ a baby had been threatened.

All four men had denied threatening the baby with a knife.

The gang tore the safe from the wall, before Juggan drove them to a field off a motorway slip-road, where they forced it open with a crowbar and divided the cash.

Police said Juggan and his 21-year-old cousin Ragnatt spent several hours in Birmingham smoking drugs before driving back to London.

But unknown to them, a quick-thinking member of the public had noted down the registration plate on Juggan’s Ford Focus, and police in the West Midlands were already hunting for them.

Police stopped the car at gunpoint that evening, uncovering balaclavas, duct tape, around £1,400 in £20 notes and Juggan and Ragnatt’s phones.

Texts showed Juggan arranging to meet his cousin the night before the robbery, before collecting McKain, of Brixton’s Clarewood Walk, at 2am.

Further analysis showed contact with Crockett, of Friary Road in Birmingham’s Handsworth Wood, and revealed all four men were near the victim’s home in Coventry at the time of the robbery.

“It’s hard to imagine that anyone could stoop so low as to threaten to injury a baby,” he said.

“There was another young child in the address at the time but thankfully no-one was hurt and the offenders left with a quantity of cash and jewellery.”

At Warwick Crown Court on July 12, Juggan was jailed for ten years, McKain for eleven years and Crockett – who also admitted handling stolen goods – was given a twelve-year sentence.

DC Simpson added: “I’m pleased the court has handed down lengthy prison terms for what was a shocking robbery conspiracy.”

Southwark NewsNewsVIDEO: Walworth man jailed as he was getaway driver in a ‘sickening robbery which saw knife held to baby’s throat’