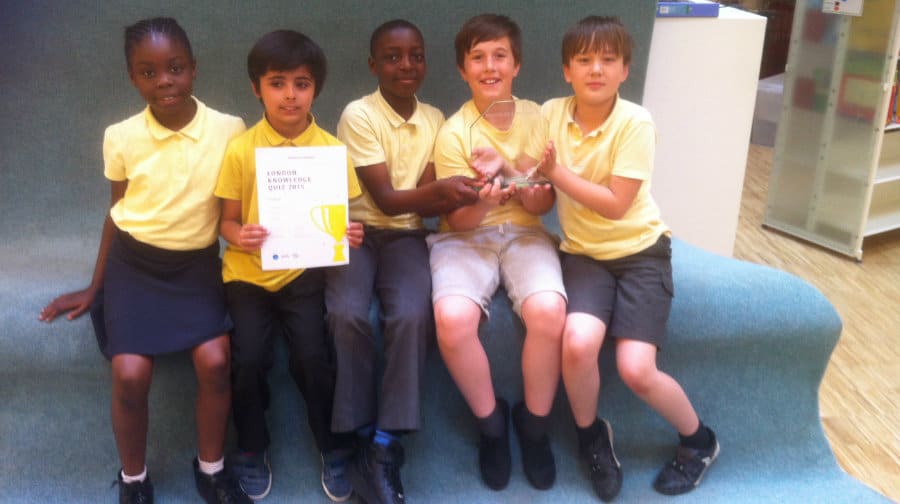 A Walworth school won the title of the capital’s most knowledgeable school this month after a hard fought competition at the Museum of London.

The team from Michael Faraday School in Portland Street went through months of heats before they finally claimed the top spot in the primary schools group of The Mayor of London’s annual London Knowledge Quiz on July 8.

The children’s London knowledge was put to the test with questions on everything from the capital’s skyline and transport network to its history and museums. The proud Walworth pupils were handed a prize trophy after the University Challenge-style competition hosted by TV presenter Michael Absalom.

David Druly, a teacher at Michael Faraday School, said: “Our team are delighted that they’ve won. I would encourage all London schools to take part in next year’s competition, it is a really rewarding way for young people to learn about the city they live in.”