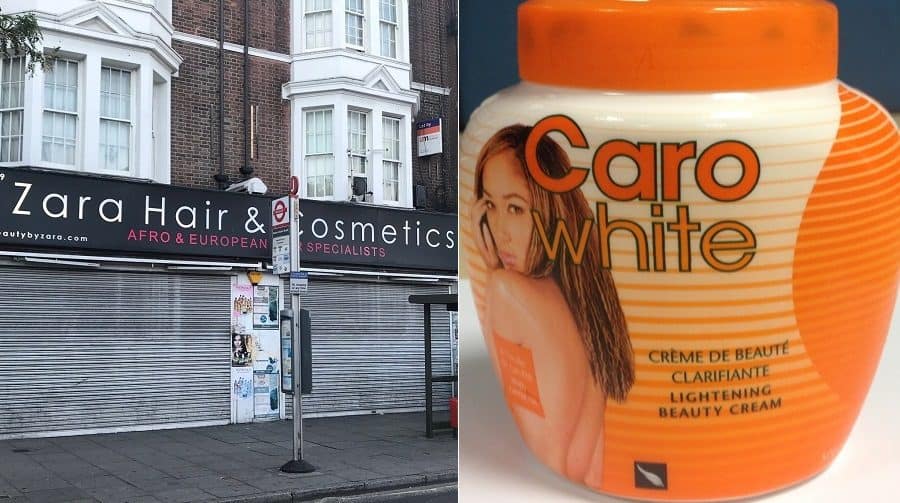 A Walworth Road businessman has been fined over £25,000 after 3,000 “dangerous” and illegal skin-whitening products were seized from his van.

The huge haul of skin creams were found during a sting and surveillance operation on Zara Hair and Cosmetics, by Southwark Trading Standards.

The firm’s director, Tanveer Ahmed, 46, was sentenced at Camberwell Green Magistrates’ Court on September 29, after pleading guilty. He was made to pay £25,287 in total.

An undercover customer was sold Caro White Lightening Beauty Cream for £14.99 in June 2016.

The test purchase was followed up in April this year, and a surveillance officer saw shop staff fetching the creams from a van for “under the counter” sale.

Trading Standards were granted a warrant to raid Ahmed’s address in Melford Road, East Ham, where the full haul of products were found and seized.

Tests of the Caro cream found it contained hydroquinone, an ingredient banned under EU law due to side effects such reddening, burning and cracking of skin. Another product called Grace Duo was found to contain over 20 per cent of the ingredient – believed to be the highest concentration Trading Standards had ever found.

Councillor Barrie Hargrove, Southwark Council’s cabinet member for communities and safety. said:  “This result is a good outcome for our outstanding Trading Standards team and for customer safety. It sends a clear message to other traders that we will investigate and prosecute those who put customers in danger.”

I’ve seen those creams in shops at East Street and Butterfly Walk.

Thank you. I will inform the council’s Trading Standards team. There is evidence that these products don’t just causes rashes, which is bad enough, but also they are possibly cancerous.