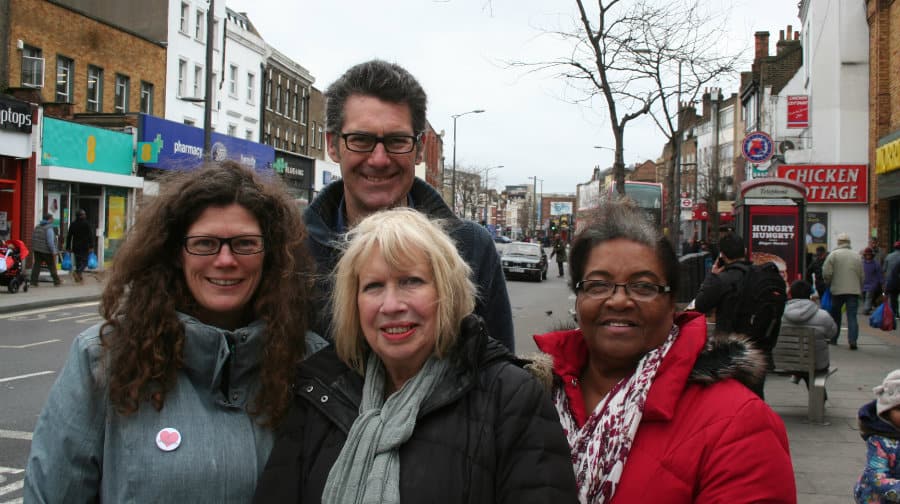 Residents say they feel “delighted” that Walworth Road has been declared a conservation area by the borough’s councillors.

Members of Southwark Council’s planning committee unanimously agreed on March 22 to endow the street with its new status.

For local groups, it will mean new access to funding to pay for repair works on historical features and for projects to restore old shop-fronts.

It will also provide “a steer” for council planning officers when looking at applications for new developments in Walworth, helping them pick designs that are more “sympathetic” to Walworth’s character.

“A trail along the Walworth Road is a trip through every type of shop architecture that’s been in existence since the 1840s,” said Diana Cochrane of the Walworth Society.

Diana pointed to the East Street and Penrose Street junction – once known as East Lane and West Lane – the centre of a timber-built village in the 17th Century, and explained how many of the current shop fronts were gardens of Georgian terraced houses. “We know a market was here in the 1850s and 1860s. Many of the Georgian buildings have been here for 150 years when the area behind had a lot of industrial buildings that no longer exist,” Diana said.

“In old roads such as Manor Place there were public baths, while the former Occupation Road was a place for Japanning-works [lacquering furniture]. We also have turn-of the century architecture at the lower end of the road and Edwardian buildings.”

Walworth Road has five listed buildings, including the 1790s terraced John Smith House, the Cuming Library and The Vestry – now known as Walworth Town Hall. There is also the health centre and the old home of the Manor Place Baths.

Jeremy Leach, also of the Walworth Society, said: “We are so pleased, we have been trying to get this made a conservation area for three years.

The 55-year-old Sutherland Square resident added: “It has been really interesting investigating the history in the area. You feel there is a really strong story to tell about the character of the Walworth Road, especially in the context of so much change.”

Read editorial: ‘Walworth group has cause to celebrate’

They have only done this to get the developers in. They are busy socially cleansing the borough