In an effort to mitigate the impact on traders, a bay has been provided on nearby Penrose Street, which one business calls ‘farcical’ 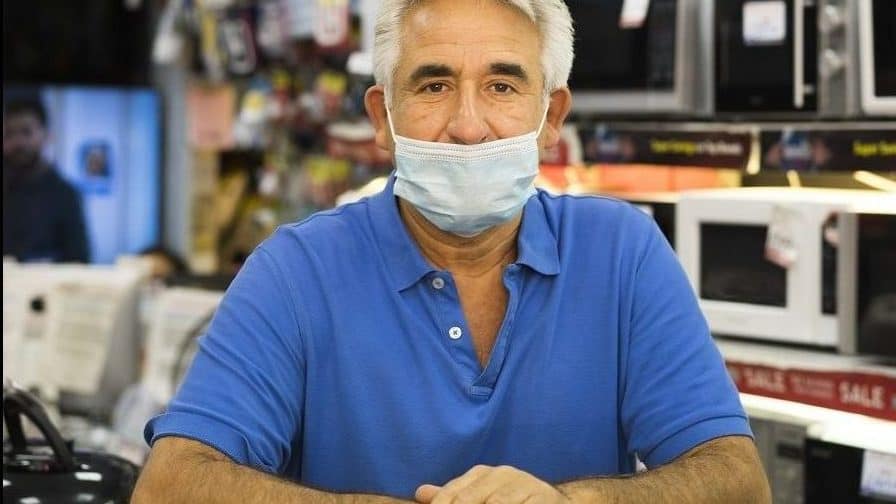 Parking restrictions in loading bays in Walworth Road have been extended, in a blow to traders.

As the News reported last week family-run independent business and NHS supplier Lynne’s Electricals has been struggling to make and receive deliveries after its loading bay was suspended during peak hours due to social distancing.

The council says the pavement is too narrow for people to pass but had originally intended the restrictions to be lifted last Friday.

However, he has now been told the suspension is continuing for the immediate future as part of a raft of road changes aimed at halting the spread of the virus and encouraging more people to walk and cycle.

In an effort to mitigate the impact on traders, a bay has been provided on nearby Penrose Street.

Councillor Richard Livingstone, cabinet member for the environment, transport and the climate emergency, said: “The loading bay outside Lynne’s Electricals has been suspended to help people with social distancing.

“This is necessary because there is insufficient space for people to pass each other safely between the shop and the parking bay, when it is in use.

“However, we are working to help traders wherever possible and are currently re-introducing a loading bay within approximately 25m of the shop.

“This will provide space for Mr Lynne’s deliveries and customers.”

Mr Lynne described the move as ‘farcical’, explaining in an email of his complaint to the council: “The Penrose Street bay is only two cars in size and means trucking on the pavement 40 metres there, and then back again, to load up one item.

“We need to load up to eight items at a time at least, so that’s sixteen journeys along the pavement,  which considering you are concerned about social distancing, is farcical.”