Building was gutted by fire in 2013 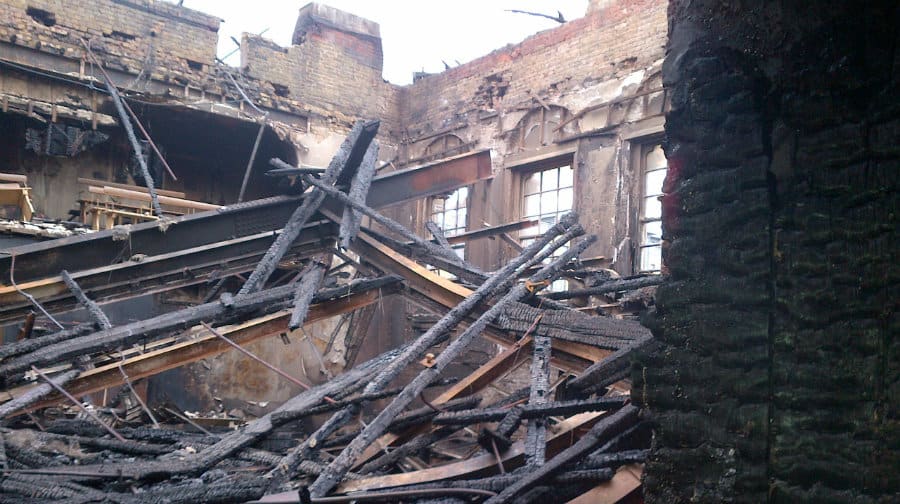 Work to restore Walworth Town Hall will begin within the next year after developers’ plans were approved by Southwark Council’s planning committee last week.

The at risk building, gutted by fire in March 2013, has faced an uncertain future over the last seven years.

As the News reported in 2019, developer General Projects had won a pitch to regenerate the Grade II listed site of the Newington Library and Cuming Museum into a community space after the council said it was unable to solely stump up the cash.  The local authority had been spending £30,000 to maintain and monitor the boarded up town hall each month, including 24/7 security as stipulated by its insurers.

The council has been open about the financial impact of repairing the building – and its desire to secure private investment to do so. Tooley Street had projected full refurbishment costs to reach a prohibitive £36 million – although this is a figure disputed by some campaigners.

The site will also connect with the neighbouring brand new venue for the Southwark Heritage Centre and Walworth Library, which will contain some of the items from the Cuming Collection but broaden out the display into a borough-wide cultural history centre. 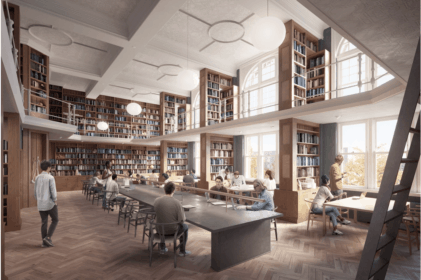 Cllr Stephanie Cryan, cabinet member for jobs, culture and skills, said: “Our decision to approve plans for the Walworth Town Hall means we’re one step closer to bringing one of the borough’s most historic and recognisable civic buildings back into public use for current and future generations to enjoy.

“We recognised that maintaining public accessibility was among the local community’s top priorities and so these plans ensure a significant amount of the building, including the new café, can still be accessed by all.

“We’re delighted that creatives and start-ups from across the borough can look forward to the town hall’s new studio and work spaces with co-working memberships that will offer full access to services, including free Wifi, meeting rooms and business mentoring.

“We’re especially proud to offer a number of memberships at a reduced rate for Southwark residents, ensuring this new culture hub is genuinely affordable and accessible to the local community.”

The scheme was passed unanimously on Monday, December 7, by the council’s planning committee. Heritage campaigners from the Walworth Society, who have long lobbied the council to ensure the building is protected and kept for community use, said they felt their campaign had won significant improvements in General Projects’ offering.

“We feel that the work that the society has put in over the past three months in relation to strengthening the guarantees that will now appear in the legal agreement and also work to improve the quality of the restoration of key rooms in the building has paid off,” a circular to its members said. 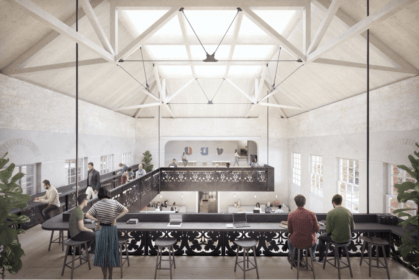 The former debating chamber will be turned into a co-working and event space. Credit- Darc Studio

General Projects says the workspaces in its plans will bring over 370 jobs to the building. It has also committed to sourcing a local operator to run a ground-floor cafe.

Construction is expected to begin in the autumn of 2021 and be completed in 2023. General Projects has commissioned architects and interior designers Feix & Merlin to complete the ‘sensitive’ restoration.

“We are thrilled to have been provided with this wonderful opportunity,” said Frederic Schwass, General Projects’ development principal.

“The project has been centred around collaboration and we are extremely thankful for all the invaluable input that Southwark Council, Historic England, the community, and of course our team, have provided.

“We very much look forward to beginning the next chapter to bring back these iconic landmarks into use as a vibrant creative workspace, educational, and community hub.”

I am sad that a building and museum has gone. The Micheal Faraday collection of items was an inspiration to many of my family. It seems that nothing is saved from the rot that is generated by todays wiping away a past and community. Preserve what is left and no to modern inner works. Restore the place to it’s former self or pull it down and sell off another treasure for the developers to buy at a minimum price.