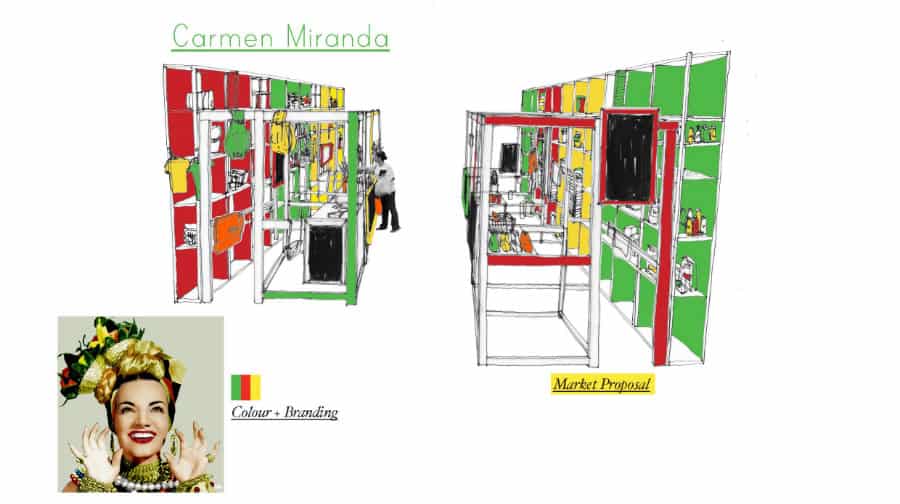 A flavour of Latin America is set to arrive at Walworth’s East Street with the opening of a café with arts and business centres, run by the organisers of Carnaval del Pueblo.

Traders at the market told the News they had heard rumours of a new development, but now the paper can reveal artists’ impressions of how the new “enterprise hub” will look.

Nuala Riddle-Morales, 57, who runs the annual celebration in Burgess Park, said she can’t

wait to take the reins of the new East Street development.

“It’s going to be beautiful. East Street is going to be a new destination and I’m delighted to say all the traders in the market have been really supportive as well,” said Nuala, the Carnaval del Pueblo Association’s CEO.

The Latin centre will be refurbished from three shop fronts within a group of twelve units called Pilton Place, owned by Peabody housing association.

One of the units beside the new café will feature an arts-and-crafts centre, doubling up as a Latin dance studio. The other will be “enterprise zone” to host workshops for local entrepreneurs – run in collaboration with London South Bank University’s business school.

“We’re also going to build a new shop façade so it will look really attractive,” she said. “The designs are all being made by a Colombian architect called Pedro Gil who also lectures at the University of Brighton.”

Nuala has said they are due to open after 10 weeks, ready for the next Carnaval which will take place in August.

A spokesperson for Peabody said the company will invest £90,000, having received £10,000 from the Greater London Authority, and £50,000 from Southwark Council.