The suspect boarded with two other men and a woman 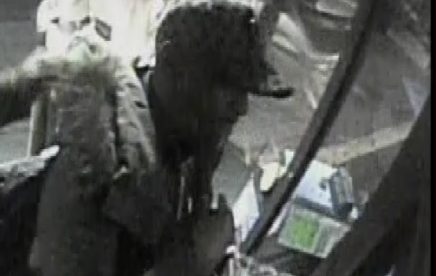 The suspect captured on CCTV

A bus driver working on the 68 in Walworth Road was spat at by a passenger who took exception to being asked to pay his fare.

Officers are now appealing for help tracing the suspect and have released CCTV images during the sickening attack.

The incident took place at 12.30am on Saturday, March 21 as the bus was travelling south toward Camberwell.

Three men and a woman boarded the bus without paying and refused when asked by the driver.

As they argued with the TfL worker, one of the men spat at him through the gaps in the screen between his seat and the rest of the bus before getting off.