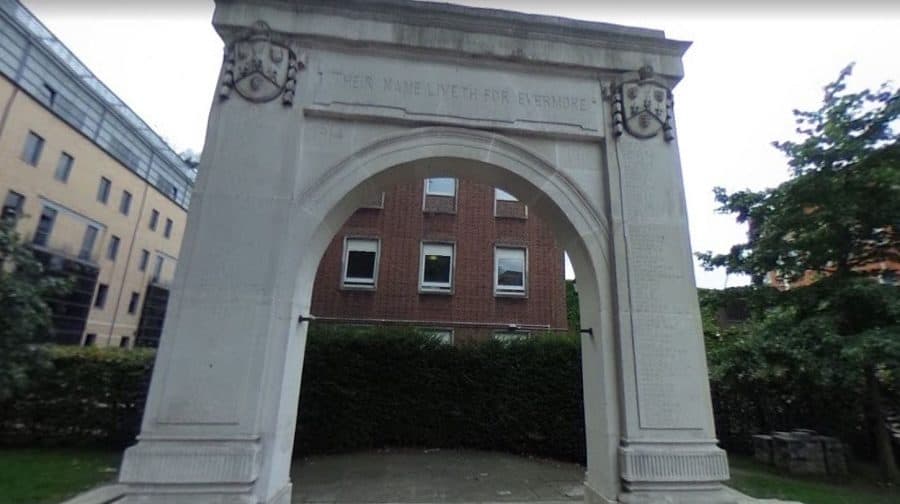 The memorial on the Guy's campus of King's College London

The war memorial at Guy’s Hospital has been given Grade II-listed status ahead of Remembrance Sunday this week.

It is among five memorials built after the First World War in London that have been given the new status by Historic England, a government body.

The agency had given itself a target of listing 2,500 memorials by the end of 2018 to mark the centenary, but has since surpassed it, with Guy’s memorial being one of those marked.

Other memorials listed this week in the capital include two in Finchley, one in Bromley and one in Uxbridge.

“War memorials have a special place in communities and remind us of those who have made the ultimate sacrifice for our country,” said Heritage Minister Helen Whately.

“It is right that these monuments to the brave people who sadly never returned from the First World War will now be preserved and protected.”

The hospital memorial has been listed Grade II as a “dignified and imposing stone arch war memorial,” and because it is “an eloquent witness to the tragic impact of world events on the local community.”

The memorial was unveiled by the future King George VI, at a ceremony on 16 July 1921 and commemorates 144 students and members of staff of Guy’s Hospital and medical school who died in the First World War.

After the Second World War, 94 more names were added.

“This Sunday many of us will observe the two minutes’ silence, which shows how important we believe it is for us to commemorate those who have died in conflict,” said Emily Gee of Historic England.

“It is this same respect for the fallen that has inspired us to list these memorials in London and help protect them for years to come.”