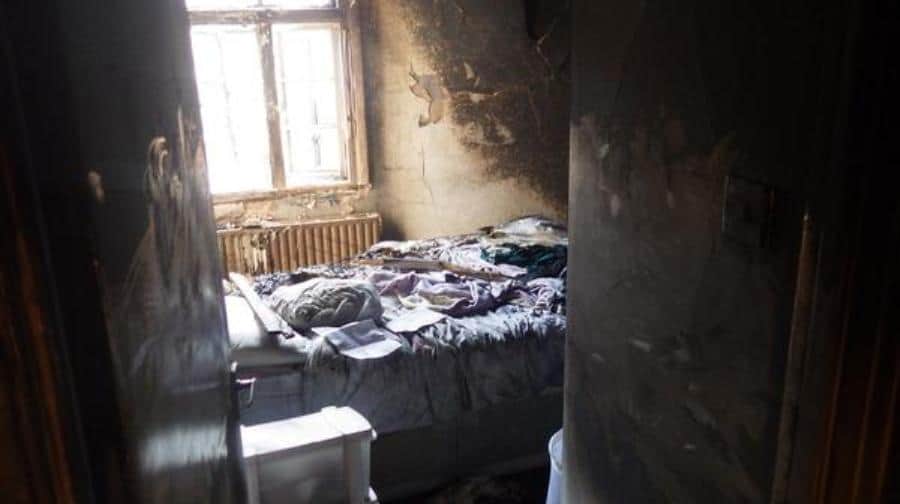 A make-up mirror was the mystery culprit in a fire which ripped through a bedroom while no one was at home.

A concerned neighbour called the fire brigade after they saw smoke pouring out of the property in Merrow Street, Walworth, on Bank Holiday Monday. When the firefighters arrived they tackled the boudoir-blaze, but were puzzled as to the cause of the fire as the flat’s occupant was thankfully nowhere to be seen.

When a blackened make-up mirror was found in the debris, it was clear it had been the cause of the blaze. The seemingly harmless object had been left by the bedroom window and as the sun rose on May 4, its rays were refracted onto the bedroom curtains and the heat made them burst into flames.

Charlie Pugsley from the Brigade’s fire investigation unit said make-up mirrors were not the only peculiar perpetrators.

“These sort of fires are not as rare as you would think. I’ve seen everything from mirrors, Nutella jars to sparkly door knobs and crystal balls starting fires,” he said.

“Mirrors and mirror tables should be kept out of direct sunlight, particularly in the early morning and late evening when the sun is low and more likely to shine through windows. This fire shows these refraction fires are not an urban myth, so make sure that you have a working smoke alarm on every level of your home,” he added.

Two fire engines and ten firefighters from Peckham and Old Kent Road fire stations attended the incident at around 8am. The bedroom was badly damaged, but no one was hurt.

The fire brigade has issued advice to keep mirrors and crystal or glass objects away from sunny sills and to make sure a working smoke alarm is fitted and tested regularly.