Southwark Council says it is redeploying staff where possible 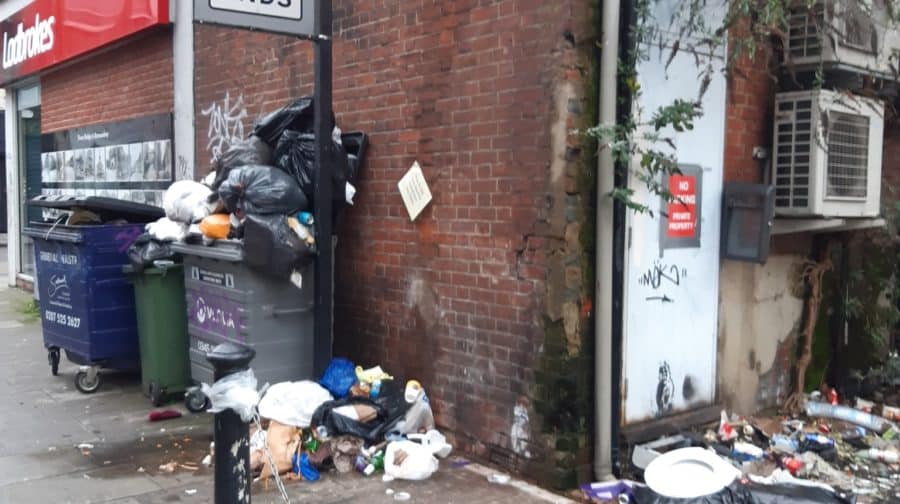 One reader, @ShivMcKenna, shared this image of Tower Bridge Road and Webb Street on Feb 1, describing the litter situation as 'appalling'.

A third of waste collectors are currently off sick or self isolating, with delays expected across the borough.

According to an update shared with residents from Southwark councillors, 30 per cent of staff in waste collections teams were absent by mid-January, with a particular shortage of HGV drivers.

Residents were warned to expect some delays in collections, by one or two days.  Missed collections will take 3-4 days to resolve rather than within the usual 48-hours.

Some services such as bulky waste collections and new bin deliveries would be limited to urgent cases only.

The council said it was redeploying other staff where possible, extending operating hours and adding in extra weekend collections as well as ‘prioritising services with the highest public impact’.

Despite this, some areas – including those notorious for fly-tipping – have seen rubbish build up.