'It’s beyond a joke' - Beverley Bleach, 61 and Gayhurst resident for 32 years 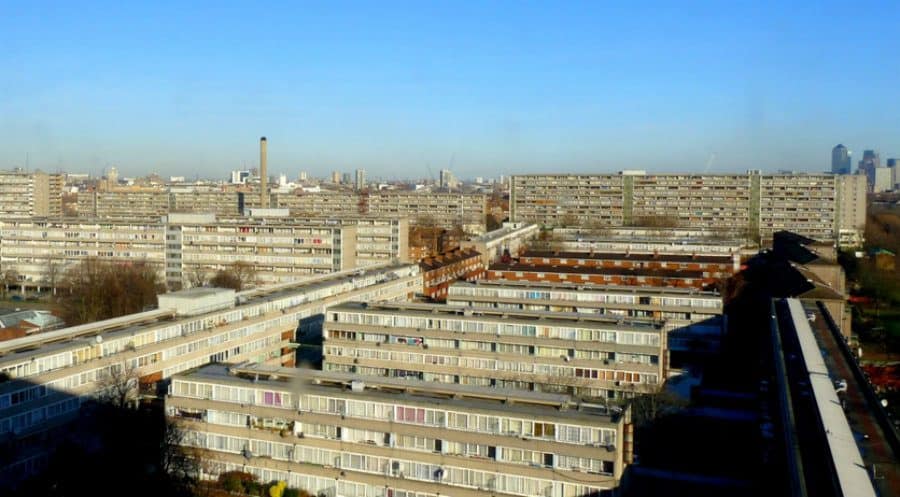 Furious Aylesbury Estate residents have slammed Southwark Council after receiving a rebate for hot water and heating outages throughout the winter totalling the princely sum of two pounds. Shelley and her daughter

As the News has reported, Southwark Council gave out £300k in compensation after a disastrous winter for its creaking district heating systems and the beleaguered Aylesbury estate’s near-constant leaks.

But sixty-one-year-old Beverley Bleach, who has lived in Gayhurst for 31 years, said her neighbours were fuming after realising their only payment was a paltry £2 after the heating and hot water was down from December 17 to 31, with many other outages over the year.

“I love living where I live,” she said, “I really don’t want to move, but with this heating and hot water it’s beyond a joke.”

Cllr Peter John, Leader of Southwark Council, said the £2 payments were in line with the ‘short outages’ and ‘low cost’ heating and only the worst affected would get actual compensation.

“Most outages are fixed within a few hours, but where we can’t fix them as quickly as we would like, tenants will be refunded if the outage is longer than 24 hours, to cover the payments for the time there is no heating or hot water.

“However as payments for district heating services are generally quite low anyway the refunds also tend to be quite low and depend on things like property type and number of bedrooms.

“As Gayhurst only experienced short outages this year the refunds will be relatively low.

“For some tenants on the Aylesbury Estate there were significant outages over a longer period due to a burst water pipe under Thurlow Street.” Teddy with his leg brace and crutches

For Shelley Jennings, the minuscule rebate she and at least five of her neighbours have received merely adds insult to injury.

She is still living in temporary accommodation on the estate with her son and daughter five years after being told the stay in the two-bed home would be six months at most.

She says medical needs including the impact of an aneurysm and her son’s leg brace, (pictured), do not qualify them to move up in priority.

“I’ve been signed of work for five weeks for anxiety and depression, I can’t keep taking days off work to see the housing officer.

“No one has had any money back in their account apart from about £2.

“I have to go to my sister’s in Bermondsey just to wash when it’s down.

“Last week there was a planned outage for 48-hours and guess what, after four days still no hot water.”

When asked about her case, Cllr John said: “Medical issues are taken into account when putting people in priority bands but at the household’s assessment this time last year no evidence was put forward to give them further priority.

“The team has received further information this year and has requested an updated medical form so we can review the assessment.”

This is shocking they offered just 2 pounds.

April 2019 Tony Hunter Head of Engineering has offered £250 to Brandon 2 and 3 Estates after a winter issues on Nov , Dec and Jan 2019
I have a copy of the letter compensation if any one is keen of taking a look.
The initial offer was £100 for house hold but no one settle for that so they came with a second offer of £250.

Currently the Wickway Court Building on the Gloucester Grove Estate North Peckham has had no hot water since 18 November every other day Smyth and Byfield are sent out and it says back up in 2/4 hrs and still no hot water. The council just don’t care and a rebate of £2 will be diabolical after the money people would have spent trying to heat hot water.

This is daylight robbery.
When your on the district heating you pay the amount set in your rent under the guidelines of local authorities(Southwark).
This includes any maintenance and up keep to the estate boiler.