Waterloo Station: Appeal after ‘robbery and kidnap’ of woman 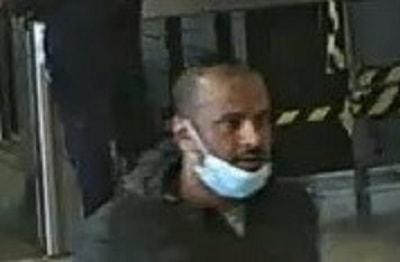 Police want to speak to this man

Police want to speak to this man in connection with a ‘robbery and kidnap’ at Waterloo Station on Wednesday, July 1.

The victim, a woman in her late teens, was approached by a man at the station at around 2.30pm, say police.

He initially asked for help, but then followed the woman when she ignored him.

The man grabbed her by the arm, brought the victim to a ticket machine, and forced her to top-up his Oyster card.

He then forced her to board a Jubilee line tube to Westminster, where she was able to alert station staff just before 4pm.

The man then walked away and exited the station. Officers say the man in these pictures may have information which could help them with their enquiries.

Southwark NewsNewsWaterloo Station: Appeal after ‘robbery and kidnap’ of woman