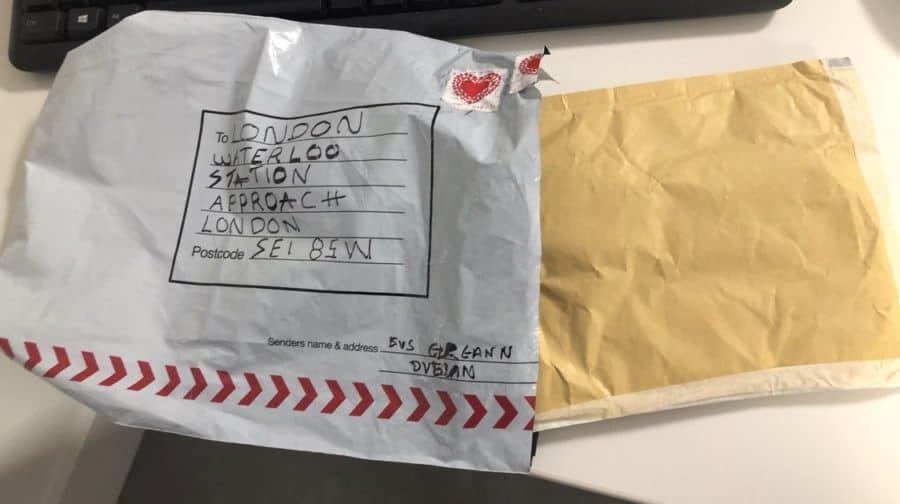 Police have said they are investigating a claim of responsibility allegedly made in the name of the ‘IRA’ for four explosive devices which were sent to buildings in London, including Waterloo Station, and to the University of Glasgow last week.

Police said they were aware of the claim, which was sent to a media outlet in Northern Ireland yesterday using a “recognised codeword.”

Officers said that the packages bore similarities to devices which have been sent by Northern Ireland dissident groups and they had already been looking into that as a line of enquiry.

“We continue to keep an open mind and enquiries continue,” police added in a statement.

Those claiming responsibility on ‘behalf of the IRA’ suggested five explosive devices had been sent, but police said only four had been recovered.

The incident begun on Tuesday morning at the Compass Centre, Heathrow Airport’s head office, shortly before 10am. The package was opened by a member of staff, causing it to initiate and the package to burn.

The building was evacuated and no-one was hurt.

British Transport Police then received reports of a suspicious device shortly before 12noon in the post-room at Waterloo station. The explosive device was not opened, and was made safe by experts.

A third suspicious package was reported at the offices at City Aviation House, Royal Docks, Newham, which again was not opened and was safely defused.

The following day, a controlled explosion of a suspicious package was carried out at the University of Glasgow in Scotland.

Police said “extensive advice” had been given to businesses and armed forces personnel about the need to remain vigilant, adding the advice would be reiterated in light of the claim.

“We continue to urge the public to remain vigilant and report anything suspicious to police,” added officers.

Suspicious activity can be reported by calling a confidential phone line on 0800 789 321 or filling in a secure form at www.gov.uk/act.

In an emergency always dial 999.

Both teams are working closely together to share any information or intelligence that could help with their investigations.