‘We need more space’: Residents divided over calls for private land to be opened to public during lockdown

And why are so many people confused about lockdown rules? 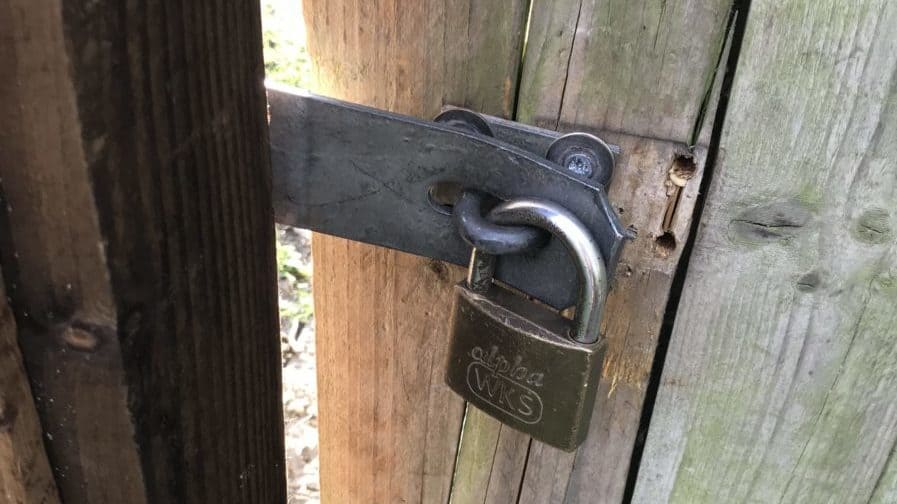 Calls for privately owned land including school fields, sports grounds and golf clubs to be opened up to the public during the Coronavirus pandemic have divided Southwark.

There are broadly two camps in the debate: those who want a total lockdown with all outdoor exercise banned, and those who think the government’s ‘draconian’ actions will leave us worse off.

And, in the middle, are those who believe confused messaging about what is and isn’t allowed has pitted the public against each other.

MPs Harriet Harman and Helen Hayes, and council leader Peter John have all backed the idea of making more land available,  saying it will help relieve pressure on busy parks.

Lambeth Council took the extraordinary decision to close Brockwell Park on Sunday after 3,000 people went through its gates the day before, with park-goers spotted sunbathing, playing team sports and failing to observe the two metre rule.

Three thousand may have visited during the course of the day, but this is a fraction of the overall population.  Dulwich and West Norwood constituency alone has over 71,000 people.

Although the park was reopened by Monday, and so far Southwark Council has said it has no plans to close its parks, health minister Matt Hancock failed to allay fears when he hinted all outdoor exercise could be banned in future.

The warm weather continues; So our parks and green spaces can remain open we're asking all residents to stay safe and help the NHS by following these rules. Is your usual sunshine spot locked? That's to stop people dying so please go somewhere else #SouthwarkTogether pic.twitter.com/iqXwMgDX6t

Dulwich and West Norwood MP, Helen Hayes, told the News she was in favour of private land being opened up in her constituency; home to large estate-owning private schools.

“I’d encourage any organisation with a large area of private open space to consider opening it up to the public, where this doesn’t compromise the safeguarding of children on site,” she said.

“I know that some of the local schools are already doing this where they are able to without compromising safeguarding and it would be really great to see golf courses and sports clubs opening up their grounds too.”

Alleyn’s, Dulwich College and Dulwich Prep have already opened up some – but not all – of their fields. Southwark is also home to a number of golf clubs, other sports clubs and Thames Water-owned land.

It’s an issue our readers have been very vocal about. Andrea Salinas commented on our Facebook page: “People should stay home and only go out for food, medicine and emergencies,” while Carol Stavely concurred: “Staying at home doesn’t mean sunbathing or picnics. If people need exercise then walk around the block.”

While Rose Read said the excuse of ‘not having a garden’ was simply not good enough: “I’m not lucky enough to have a garden and have two young children, one of whom is autistic.

“It’s a case of tough love. Find them something to occupy themselves with inside the home.”  She added: “Getting sick of hearing I haven’t got a garden. Tough tits! There are worse things in life to go without.” “It doesn’t really help capacity by closing a huge park like Brockwell. What would really help is better monitoring at the gates by police. If you open private spaces, who is going to monitor them?” asked reader Tom James.

Others highlighted the impact closures would have on mental health.  Clarissa Aykroyd said: “I’m mad at joggers like a lot of us, but this really would be bad for so many.

“I don’t have a garden or much space or a great living situation. Also, there’s a lot of weird judgemental stuff with people leaving the house and being enraged that anyone else has left the house.”

On the question of a full lockdown, Soraya Zaccaria said: “No bloody way. At the end of the day London councils have allowed blocks of flats to be built on every bit of available land and now they’re moaning about overcrowding in parks.  I was in Burgess Park yesterday and of course it was full but people kept away from each other.”

While one groundskeeper for a local church commented: “To open up some of the private land you’d need more police, greater penalties for those who break the rules, and compensation to the land owner.”

What are the rules? The government says people should only go outside for food, health reasons or work – but only if you cannot work from home. Even non-essential workers can actually still go to work if they are unable to work from home.

If outside, you should stay two metres apart from other people at all times, and wash your hands as soon as you get home. And you should not meet others while outside.

Government guidance explicitly says you can still go for a walk, run or cycle once a day alone or with members of your household once a day while observing the two metre rule.

However, there is no guidance on taking part in other specific types of exercises.

Although communal areas like tennis courts have been locked in parks it is unclear, for example, whether members of the same household could play with their own football on the grass as their daily exercise or would be told to ‘move on’ by officers on patrol.

People are also ‘advised’ not to travel to green spaces further away from home – it is unclear what distances are unacceptable but this is usually taken to mean driving to a beauty spot.

The police can disperse those they believe are non-compliant, make arrests and issue fines of £60 which double for repeat offenders.

Questions have been raised over how clear the government’s lockdown rules are, and exactly what powers police have to enforce them.

This week, Harriet Harman – in her capacity as chair of parliament’s human rights committee, wrote to Met commissioner Cressida Dick asking to see clear guidelines issued to officers on how to enforce social distancing in public places.

“We have seen police tape preventing the use of park benches and police surveillance to identify people who are breaching the guidance not to drive to beauty spots,” she said.

“I think it would be helpful if you could be clear about the instructions which have been issued to your officers about their role in parks and public spaces during the crisis.”

If you visit our Parks, you'll notice we've taped off benches ? to protect people & make sure they keep safe & know how to prevent catching & spreading #coronavirus (Covid-19).

My neighbours had a group of friends around yesterday to visit them. All afternoon and evening, surely this is unacceptable? I am not even seeing my family let alone my friends, what are they thinking? Is there anything one can do to stop it happening?

Oh yes . Then they can have their BBQ’s and parties and leave all their litter behind for someone else to clear up . I think we have seen enough in the last few days to judge what humans do to open spaces . We live on an amazing planet and all human being can do is destroy it .

Southwark NewsNews‘We need more space’: Residents divided over calls for private land to be opened to public during lockdown