‘We need to receive blood from like for like people’: New sickle cell awareness campaign launched in Peckham

'When I was younger, I hated myself for having the disease and I never knew why I was so different from other kids' 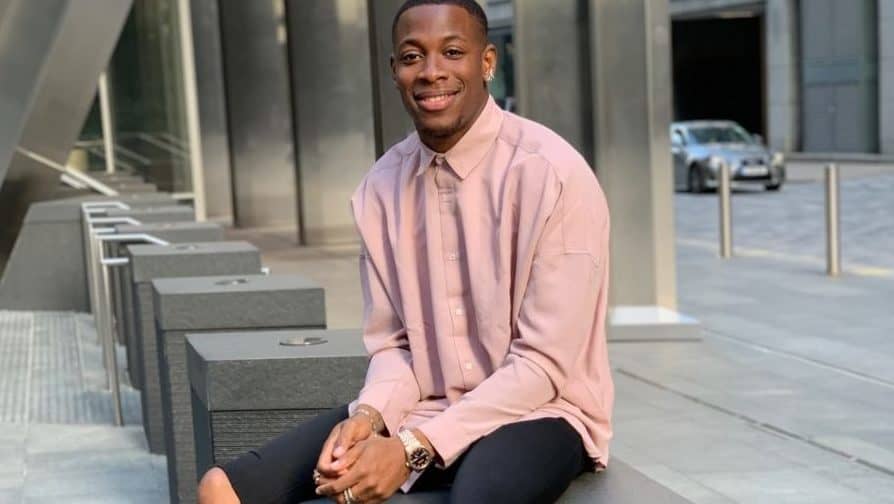 Chris Abdullahi, founder of The Sound of Sickle

A new campaign to raise awareness of sickle cell disease and encourage more black blood donors to come forward was launched in Peckham last week by a ‘sickler’ from London, who says the condition won’t stop him ‘living my best life’, writes Tolu Bakre…

Twenty-five-year-old account manager, Chris Abdullahi, launched The Sound of Sickle at Peckham Levels last Wednesday evening with a panel discussion about the impact of the disease, and its treatment.

Chris was diagnosed with sickle cell at birth, and started experiencing symptoms at eleven months when his joints swelled up and became painful.

“When I was younger, I hated myself for having the disease and I never knew why I was so different from other kids,” he said.

“They could do activities like run and swim but I had to be mindful in case I had a crisis.”

Sickle cell disease is the name for a group of inherited health conditions that affect the red blood cells. The most serious type is called sickle cell anaemia.

People with the disease produce unusually shaped red blood cells that can cause problems because they do not live as long as healthy blood cells.

The main symptoms of the disease cause painful episodes called ‘sickle cell crisis’ and an increased risk of serious infections. Chris speaking at the charity’s launch in Peckham Levels

Chris didn’t want to let the condition hold him back, but in his mid-teens, he did experience a crisis that developed into Bronchopneumonia and gallstones.

“I coughed up tonnes of blood and my body was just unable to defend itself,” he recalled.

“I ended up having to undergo surgery to remove my gall bladder and then I had complications with my chest, which almost left me on the brink of death.

“It was the scariest experience I had ever been through in my entire life.”

Though the marketing graduate rarely falls ill, he still experiences regular flare-ups which surprise those who are unaware of his diagnosis or have limited knowledge of the condition.

Whilst Chris was studying for his marketing degree, he noticed the lack of awareness and misinformation about the disease – and idea of The Sound of Sickle was born.

“Most people don’t have a clue about the illness so at workplaces I used to keep it quiet,” he said.

“I never used to disclose it in interviews but as I have got older, I have learnt it is better to tell managers ahead of time so they are aware of my flare-ups or my down days.

“When I tell people I have sickle cell, the responses are hilarious.

“Most of the time it is the same thing, like ‘Eh what? You don’t look ill’ or ‘seriously? But you don’t have yellow eyes!’

“The common one is ‘Oh really? I’ve heard of that but I don’t know what it is.’

“That’s when it hit me and I felt like it was a part of my purpose to educate others.

“That’s why I decided to start the TSS charity. Everyone experiences sickle cell in a variety of ways.

“What one sickler may go through could be entirely different to another sickler.

The event gave people the opportunity to find out their blood type and register to become a donor, with NHS Blood Donation staff on hand to give finger prick tests.

According to the NHS, 40,000 more black donors of all groups are needed to meet the increasing demand for a better-matched blood and a special subtype of blood more common in black people.

However, only one per cent of people who give blood in England are black.

“I’m often described as a person that is so happy and healthy, but I just live my best life and I know my limits and push them regularly, but I love it.

“However, what I can handle is different. Another friend of mine receives blood transfusions weekly, whereas I do not.

“It is incredibly important to educate yourself on the disease for yourself and the next generation – especially if you are black.

“I have received a blood transfusion once in my life but I know people who receive blood regularly.

“So it’s really intense for those guys and we need to receive blood from like for like people.

“Setting up the charity has been stressful but I only really want to spread awareness about Sickle Cell and get people thinking about donating blood.”

Southwark NewsNews‘We need to receive blood from like for like people’: New sickle cell awareness campaign launched in Peckham