Max Bygraves was one of the best known and loved entertainers of a generation. Now nominated for a Southwark Blue Plaque, his legacy still resonates with people today. 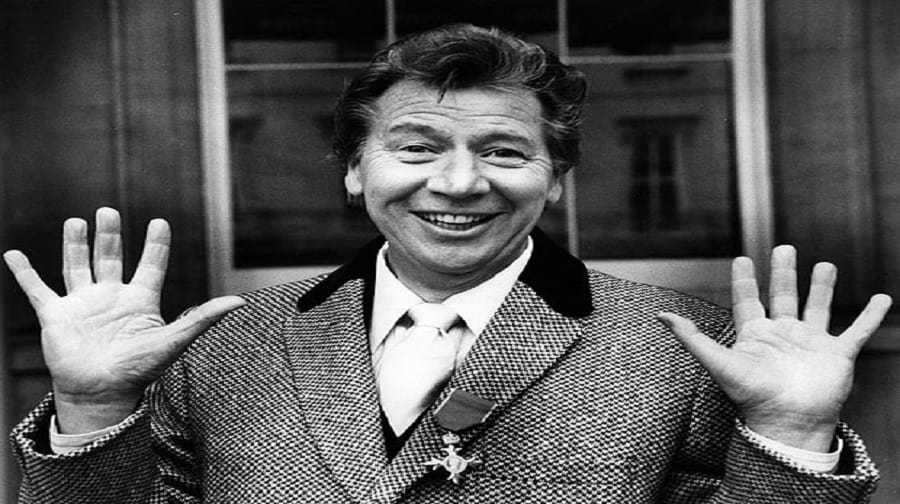 From a crowded two-room council flat in Rotherhithe to one of Britain’s most cherished performers, Max Bygrave’s life was nothing short of extraordinary, writes Christopher Carey…

He was born Walter William Bygraves on October 16 1922, so close to the Bow Bells his mother says she covered his ears as a baby to soften the chimes.

The early years of his life were quite humble, and the family often struggled to make ends meet.

His father was a professional flyweight boxer, fighting under the name ‘Battling Tom Smith’, and also worked as a casual docker.

As a boy Bygraves saw Max Miller and Billy Bennett at the New Cross Empire and at 12 entered a talent competition singing “It’s My Mother’s Birthday Today”.

He later recalled, “I won easily. It’s not hard to win when you are a boy soprano singing a sentimental song in tattered clothes with a half-starved dog.”

On leaving school at 14, he worked as a messenger for an advertising agency in Fleet Street, and later became a fitter in the Royal Air Force in the Second World War.

During this time he would also hone his trade as an entertainer, and was given the nickname Max by fellow troops – after an impersonation of comedian Max Miller on his first night of service.

His singing and dancing act made him very popular, and it was during this time that he first met his wife, Blossom.

His career started to take off just after the war, when he appeared on stage with Frankie Howerd, Benny Hill, Harry Secombe and Spike Milligan.

But it was radio that first saw him bring the music hall tradition to a wider audience when he appeared in, and wrote, Educating Archie with his friend Eric Sykes.

A show with Judy Garland at the London Palladium led to a five-month stint on Broadway. His fame grew and soon he was inviting audiences to “SingalongaMax”, which they did through 30 gold discs and 20 royal variety shows.

His catchphrase ‘I wanna tell you a story’ became one of the best known one liners of a generation.

By the time he hosted the TV quiz show Family Fortunes in the 80s, his hits, including You Need Hands and Tulips from Amsterdam, and his ownership of the rights to Lionel Bart’s musical Oliver!, had made him a multimillionaire.

Bygraves retired to Australia in the 1990s, and published his autobiography, ‘Max Bygraves in His Own Words’, in 1997. He was coaxed out of retirement for a series of tours with the Beverly Sisters in 2002, then did a farewell set of performances in 2006.

He passed away August 31,  2012, aged 89, at his home in Queensland, Australia, after being diagnosed with Alzheimer’s disease. Bygraves has been nominated for a Southwark Blue Plaque – a scheme created by Southwark Heritage Association, the News, and Southwark Council – by his son Anthony, who has fond memories of his late father’s wit.

“I appeared on stage with him when I was four, and he was surprised I knew all the words to one of his early sing-alongs ‘Gilly Gilly Ossen Feffer Katzen Nellan Bogan by the Sea.’

‘’He looked at me and said ‘That was very good, you’re only four and you knew all those long words, I’m going to give you £5….if you can spell it’.’’

He also recalled a time when his father was teaching him stage craft and likened being a comedian to being a boxer, saying ‘you have to be on your toes, be ahead of the audience, remember your timing and when the moment is right…deliver that KO punchline.’