A comedic short film about loo roll, lost love and knowing when to end a conversation 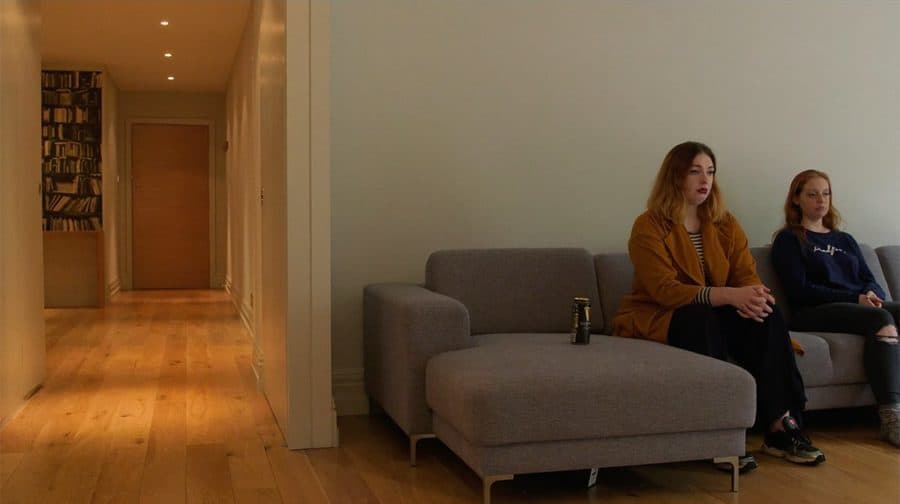 Following the sell-out live run in October 2020 at Omnibus Theatre, Conflicted Theatre have collaborated with filmmaker Will Peppercorn to produce a film of We Were Having a Perfectly Nice Time, a comedic short film about loo roll, lost love at the bus station and knowing when to end a conversation. Especially a sad one. It will be premiering with a live Q&A on Thursday 4th March at 7.30pm, and be available to stream on Omnibus Theatre’s website for a month.

Currently nominated for three OffWestEnd Awards including Most Promising New Playwright, Best Performance Ensemble and Best Director, We Were Having a Perfectly Nice Time is the perfect short deadpan dark comedy streamed directly to your front room.

These two flatmates hate those people.

They hate a lot of things. Perhaps even each other. But they were having a perfectly nice time. Not great, not wonderful, not even lovely, but fine. And then she?had to go and spoil it all.

Evan Lordan, Director, said “First and foremost I am a theatre maker – performers and audience all together sharing & experiencing changes in energy & emotion is the thing that gets me hot. But I love film too. I’ve spent a lot of time stealing what I love about film and transposing to theatrical settings, but I’ve been kind of afraid of attempting to make an actual film itself. Lockdown has created the necessity for me to get over myself & to embrace the camera & digital theatre. Which brings us to the We Were Having a Perfectly Nice Time Film, which is a film, but it was written as a play. It was specifically directed & designed to be a shared experience, together in a room, but we ignored all that and made it into a film anyway. Was this a good idea? I don’t believe that anything can ever replace the experience of sharing the energy and emotion of this show in a room with all of you, but… the writing is so wonderful and the performances so subtle and beautiful that I do think it is worthy to be shared with you as a film. I hope you feel the same.”

Pedro Leandro, Writer, said “I originally wrote this play because I felt disconnected from people and I felt unable to breach that disconnect. The fact that we are now in the midst of an epidemic of physical disconnection couldn’t have occurred to me at the time, but I hope that it has added a way in which this film might resonate, as well as all the original ways. The show means a lot to me and I’m so glad that we managed to capture it pretty much as it was delivered to audiences at the Omnibus in October. We are extremely lucky to have managed to make this film and I am enormously excited for it to now be able to reach an even wider audience. I hope that you enjoy watching it as much as we enjoyed making it!”

Tickets: Pay What You Can. Booking: www.omnibus-clapham.org

Southwark NewsNewsWe Were Having a Perfectly Nice Time