Internet searches for the Holocaust are banned on council library PCs on the grounds that the results are classified as ‘extreme’ and ‘profane’. 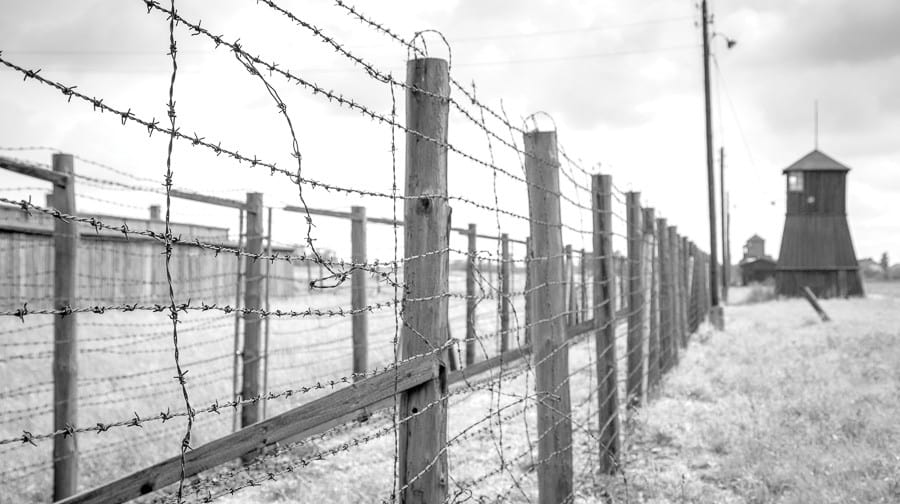 One of the Auschwitz camps, where between 1.25 million and 1.5 million people died, including mainly Jews at Birkenau but also Poles, Roma and Sinti, Soviet POWS, political prisoners from other countries, priests and others.

In the week after the nation marked Holocaust Memorial Day, it has been revealed that internet searches of the word Holocaust are blocked on Southwark Council library computers.

After attending Southwark’s ceremony to mark 70 years since the liberation of the Auschwitz-Birkenau concentration camp on January 27, library user, Mark Webb went to find out more at his local library.

But when he typed the word Holocaust into Google at the temporary library in Elephant Road, a message came up saying: “The page you have requested has been blocked because it is classified as: Extreme, Profanity.”

The message also informed the 44-year-old Camberwell resident that all use of the internet is monitored and can be traced by IP address and username.

Mark Webb was stunned to see that searches for the holocaust were blocked by the council, which has defended the heavy-handed filter.

Curious to find out what else would be censored, Mark also tried to search for ‘Nuremberg Rally’ and ‘Warsaw Ghetto Uprising’ only to be greeted by other messages saying those pages were also blocked because they were classified as ‘hate speech’ or simply ‘violent’.

“It’s very disturbing,” said Mark, who noticed the Southwark Council homepage which greeted him before he began his search was promoting the borough’s Holocaust memorial ceremony at the Imperial War Museum with this year’s theme – ‘keep the memory alive’.

“At the end of the day the reason why you have antisemitism is because of ignorance and a lack of education. We are only going to deal with these problems through education,” said Mark.

Southwark Council says the filters in place on their libraries’ computer system are there to protect children and young people from viewing inappropriate material.

But a spokesman from the Campaign Against Antisemitism said the block was “unjustifiable” in the wake of a national commitment  never to forget the atrocities committed against the Jewish people in the Second World War.

“This outrageous block must be removed immediately and an investigation conducted into how it was ever allowed,” he added.

Simon Hughes, MP for Bermondsey and Old Southwark and member of the Prime Minister’s Holocaust Commission, said Southwark Council must “urgently lift any block on finding out online in our public libraries about the Holocaust.

“If there was ever an issue that must never be hidden away or considered too unpleasant or distressing to be seen or heard, it is this. Otherwise we risk forgetting the past and, in particular, failing in our duty to make sure that in future generations this most terrible form of mass killing never ever happens again.”

Cllr Dora Dixon-Fyle, Southwark’s cabinet member for adult care, arts and culture, said: “Of course, having access to information about key moments in history is important, as much to prevent them happening in the future as well as commemorate the past. This is why Southwark took part in the Holocaust Day commemorations last week.”

Cllr Dixon-Fyle said the council had the facility to unblock sites if appropriate, but this had to be balanced with the “safety of our young people to ensure they access quality information in a safe manner.

“Filtering picks up on individual words but not the context in which people are searching so some terms which may seem to be acceptable may be blocked and we are vigilant in terms of access to information by children and young people. In some cases this can deny access to seemingly harmless websites like Wikipedia due to the nature of the information on the site, as seems to be the case here.”

Mark says he did ask a librarian if the search for Holocaust could be unblocked and was told it would not be possible, but Cllr Dixon-Fyle said staff could offer alternative sources of information if required.