Welcome to Peck-ham – SE15 to get its first ‘charcuterie bar’

Duo to set up business after crowdfunding success 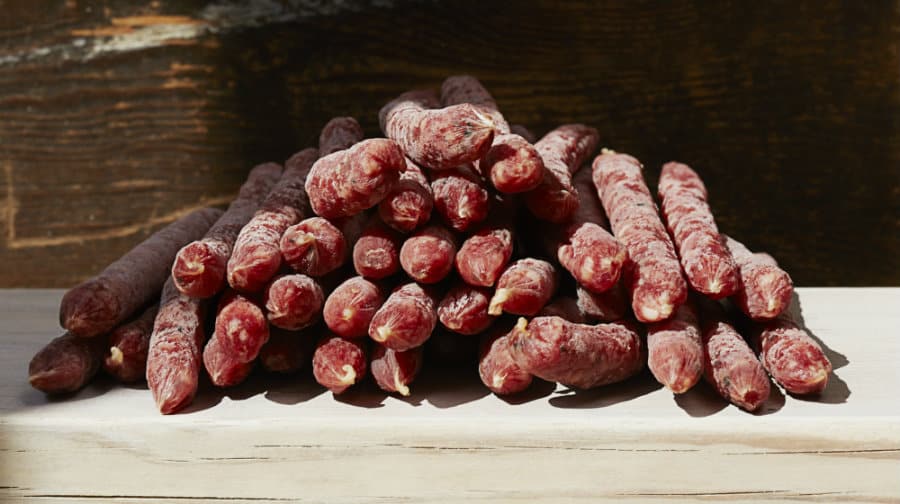 Trotters Independent Trading could become a reality when Peckham gets its first ‘charcuterie bar’ in September.

Serious Pig has already developed a range of tasty pork products for pub snacking after founders George Rice and Jonny Bradshaw found there was not a sausage in their local.

Their high-end snacking salamis are stocked by Fortnum and Mason among others but it was craft beer revolutionary, James Watt, cofounder of BrewDog, who saved their bacon when he invested in their Peck – ham bar.

George and Jonny hit their £125,000 target on the fundraising website Crowdbnk and now have enough to take their cured piggy to market. The Serious Pig HQ, which will probably not be named after DelBoy’s business in Only Fools & Horses, will be London’s first bar dedicated to the humble pig.

‘Boss Hog’, George, says he is “thrilled” about the new venture and the new pork products they have in development. Like all good ideas, Serious Pig was borne out of a chat in the pub with the company up and running on a ham-string the very next day. Since its inception in 2011, the boys have sold nearly one million snacking salamis and will now be stocked in BrewDog bars up and down the country.