Roger Conneta went under the razor for Macmillan Cancer Support 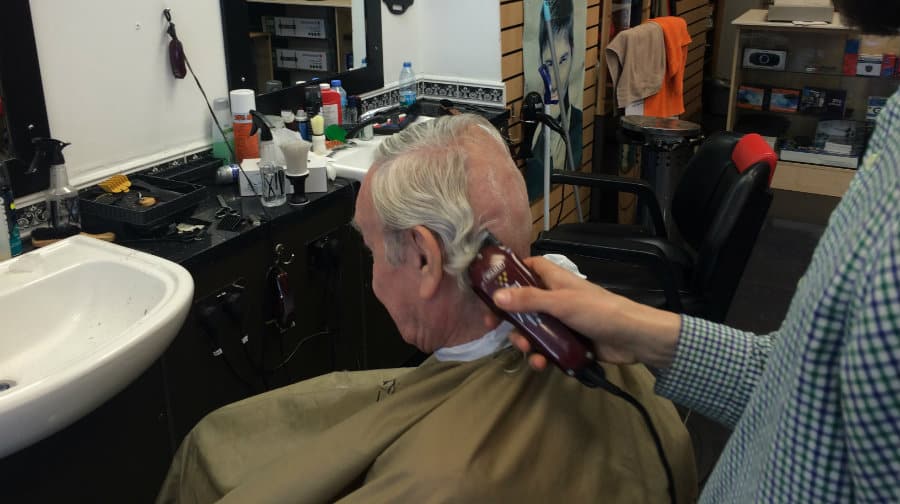 A Bermondsey great-grandfather braved “roars of laughter” last week when he shaved his head for charity.

Roger Conetta, who was “very proud” of his now-shorn locks, went under the razor at Sam’s Barber in the Old Kent Road last Friday.

The 69-year-old said: “It went very well – but I’m now wearing six hats! When I first got home there were roars of laughter, everyone thought it was hilarious. I’ve never been bald so they’d never seen it before, everyone was coming up and rubbing my head.”

Roger before the stunt

Roger, an ex-gardener and part-time singer, raised £320.10 with his follicle fundraiser, which included a special party at his home in Harman Close in Avondale Square Estate.

He said: “There weren’t a huge amount of people there but everyone who came gave very generously, I can’t thank them enough. It went great and everyone really enjoyed themselves.”

The fundraiser was in aid of Macmillan Cancer Support – a charity that has been close to Roger’s heart since he lost his brother to the disease nine years ago.

He may now be a little light on top but his hair-raising appeal isn’t over yet. With November just around the corner, Roger is already preparing himself for his next fundraising stunt: growing a moustache for ‘Movember’.