‘We’ll help you build a home fit for heroes’ 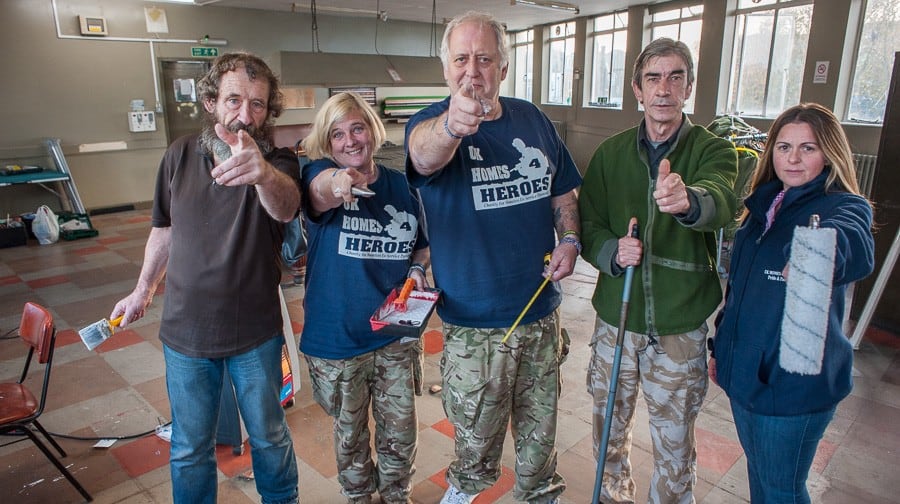 Two construction firms have leapt to the aid of a charity for homeless ex-servicemen following an appeal in the News before Christmas.

A&E Elkins and Keepmoat promised to completely refurbish the top floor of a dockers’ club so counselling and benefits advice could be provided for veterans.

They are replacing the windows, the floor, the ceiling, it’s heating and are even building offices within the building – all for free.

UK Homes 4 Heroes now hopes to hold an opening party at the new centre, in the Surdoc Club in Cope Street, Rotherhithe, on March 6.

Rodney Miller, commercial manager at A&E Elkins, said he had given up drink for January to help raise some of the money that would be spent on the refurbishment.

“We do a lot of work in the local area and this is part of that,” he said. “But we want to carry this [support] on – we don’t want to just do it and then run off.”

“We did a raffle at Christmas where we raised £1,000 for this – we’re going to do a lot of fundraising this year to pay for it.” He estimated that the work the two companies are doing is worth around £20,000.

Patrick Warren, Keepmoat’s community impact manager, said: “This is something we do all over the borough – it’s part of our added value for the contract [with Southwark Council]. We like to make an impact in communities we’re working in.”

Once the centre is open in March UK Homes 4 Heroes founder Jimmy Jukes said he planned to have five counsellors and advisors, for Post-Traumatic Stress Disorder, housing benefits advice, Department for Work and Pensions advice, a medic, and a spiritualist.

If anyone would like to donate raffle prizes for the opening night celebrations they can call 02072376363.