There are 16,300 housing association properties in Southwark, around 13,800 of which are rented, which could potentially be sold to their tenants if the Conservatives are elected in May 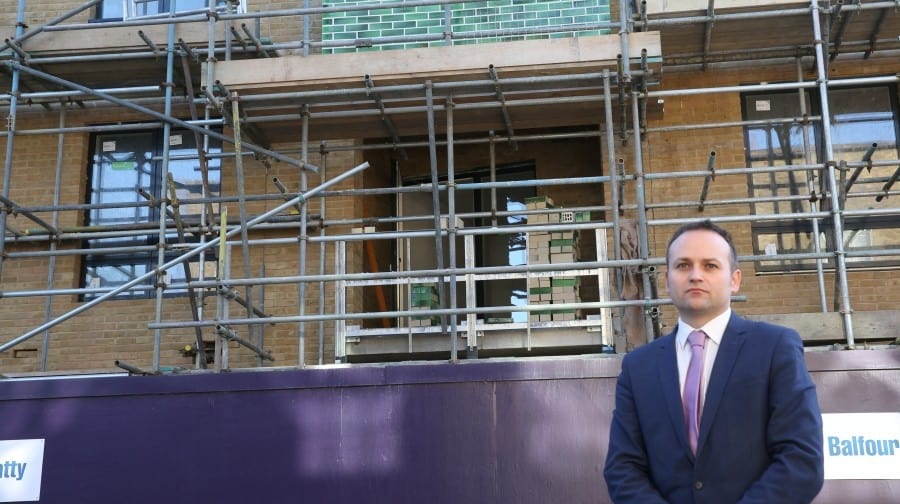 Southwark Council’s housing boss has slammed Conservative plans to extend the Right to Buy policy after it was revealed the borough could lose over 16,000 affordable homes.

In the lead up to the general election David Cameron has revealed his plan for any housing association tenant to be able to buy their home at a discount, as council tenants currently can under the Thatcher scheme.

There are 16,300 housing association properties in Southwark, around 13,800 of which are rented, which could potentially be sold to their tenants if the Conservatives are elected in May.

It is proposed that the money needed to pay for the reduced-price sales would be raised by councils, like Southwark, being forced to sell off their most valuable properties when they become vacant.

The council also claims that it would be forced to sell some new-build properties, including three flats, worth over £1m, in their Willow Walk development.

Southwark’s Labour-run council has hit out at the policy saying it would affect 25-30 percent of all their properties with family-size homes, and houses in the north of the borough being the worst hit.

Cllr Richard Livingstone, Southwark’s cabinet member for housing, has previously spoken to the News of his frustration at the escalating housing waiting list in the borough and the loss of council stock through the Right to Buy scheme. This week he said: “In Southwark this proposal would completely torpedo our plans to build 11,000 new council homes. We would be forced to sell new council properties as soon as they are built, instead of letting them to local residents in housing need. The policy would in effect, at the very least, stop the council from building any new homes north of the Old Kent Road.”

The Conservative manifesto says the plans to extend the policy to housing association tenants is about fairness. It states: “It is unfair that they should miss out on a right enjoyed by tenants in local authority homes.” But Labour’s parliamentary candidate for Bermondsey and Old Southwark, Neil Coyle, has called the idea “half-baked” and “unworkable.”

“London is facing a housing shortage – we need more affordable housing, not less, so it is completely ridiculous for the government to force housing associations, which are providing homes at low cost rents, to sell off their properties at below market rates,” he said.

Southwark’s housing waiting list currently has over ten thousand people on it with over a thousand children living in bed and breakfast accommodation in the borough while they wait for a home to become available.