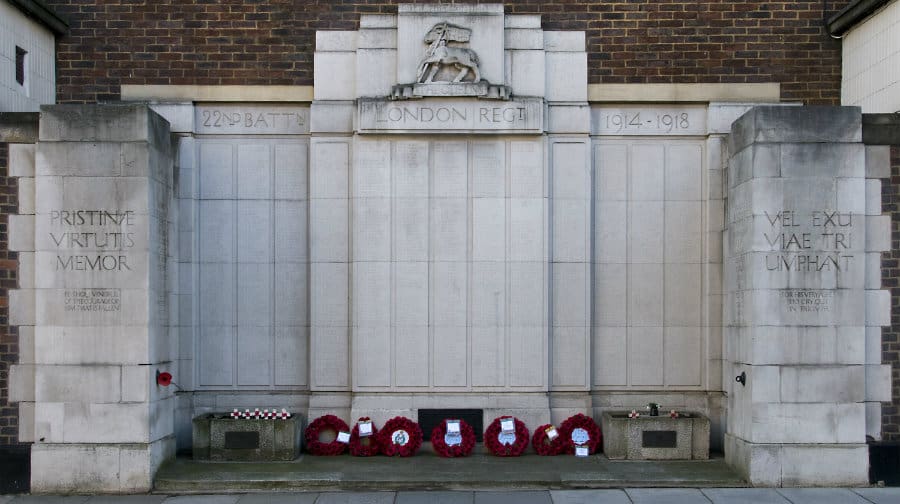 A memorial to Bermondsey men who fell during World War One is set to be officially rededicated this weekend, after being put in safe storage during construction work.

The memorial will be unveiled on September 19 at 2 Old Jamaica Road, the site of the old military training centre, which is currently being converted into flats.

The grade-listed memorial details the names of 970 men who served in the 22nd Battalion of the Queen’s Regiment, which used to be housed in the old building. Most of the men were from the old Bermondsey Borough.

Peter Swanson, president of the Old Comrades Association, told the News: “It’s been a long process getting the memorial rededicated as we’ve had to jump through a hot of loops, but we are certainly looking forward to Saturday.

“When the battalion left in 1915 it was almost exclusively Bermondsey men. This should be important to the community. We are honouring these men not just with a formal rededication, but also by coming together to show that even after the military training centre is gone, the importance of these men still remains.”

The rededication ceremony will begin at 10.30am with a musical performance of old war tunes. A march by army reserves, cadets and re-enactors will take place at 11am, with speeches and the official unveiling taking place soon after.