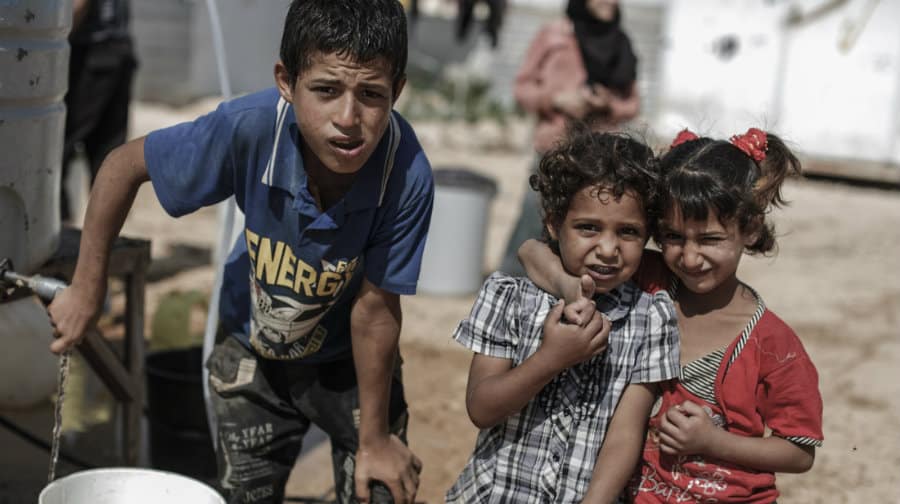 Southwark “stands ready to do whatever is necessary” to help refugees fleeing a humanitarian crisis in Syria, says council leader Peter John.

Ahead of an announcement by the Prime Minister David Cameron earlier this week that Britain would take 20,000 refugees from Syria over the next five years, Southwark’s Labour leader told the News he was committed to the borough welcoming those escaping conflict in Syria.

The heart-breaking image of three-year-old Aylin Kurdi’s lifeless body lying face down on a Turkish beach tugged at the consciences of world leaders last week to do more to stop people dying in their thousands, in their bid to reach a place of safety.

It was this same image which Peter John says pushed him into action, like other local councils up and down the country volunteering homes to refugees in recent days.

“When you see that picture of a three year old boy dead on the beach you think ‘Is this the best that humanity can do?’ You want to do something to change it and we’ll do whatever is necessary and I’m sure the vast majority of the borough would expect nothing less,” he said.

Councillor John expects the number of people the borough would take in from Syria would be somewhere between twenty and 50. They would be offered private rented accommodation funded by central government for the first twelve months.

Cllr John acknowledged there remained an unanswered question for local authorities about what happened after the first year, but said it was imperative people acted now.

“These are extreme circumstances – a large part of the world is in flux and it demands an international response. In the immediate term we will do whatever is needed in order to accommodate people,” said Cllr John, who has been “incredibly moved” by the numerous offers of housing forthcoming from Southwark residents.

“Southwark is a very welcoming borough. It’s amazingly diverse and already home to many refugees who have come to live here and I’m sure that kind of spirit of openness will continue,” he said.

All three local MPs told the News they also strongly agreed that it was our duty to help “desperate people” in need of sanctuary. Harriet Harman, acting Labour leader and MP for Camberwell and Peckham, said she was moved by a Sierra Leonean woman who came to her surgery and showed her shocking pictures of her burnt out home and the remains of her children as the horrors of civil war continue to destroy her country. “We should always do what we can to alleviate suffering and provide sanctuary.  We should do so now for the Syrians fleeing for their lives,” she said.

Neil Coyle, MP for Bermondsey and Old Southwark, described the government response as “pathetic”, but said his constituents and their plentiful offers of help had been more in the spirit of the country’s “proud history of supporting genuine refugees.”

MP for Dulwich and West Norwood, Helen Hayes says she has been moved by the response to the crisis of her constituents, many of whom have written to her offering space in their own homes.

Hamlet fans queue out of ground to donate

Dulwich Hamlet fans reached the national news with their impressive collection of clothes and food for the Calais refugee camps at the weekend.

Fans queued out of the ground to make their donation, which will all be delivered directly to the camps by Dulwich Hamlet Supporter’s Trust board members Jack Spearman and Dave Rogers next month.

The club has collected so much they have run out of space and are now directing people to their online fundraising page, where they have raised over half of their £2,000 target.

Nisha Damji, who helped to set up the collections, said she felt compelled to help as her own mother was once a refugee from Idi Amin’s regime in Uganda.

“The response we’ve had has just been brilliant,” said Nisha. “I was moved to tears more than once on Saturday. I’m so grateful for what has been given and the support we’ve received so far.”

If you would like to make a donation or find out more, visit:

Shoppers in Herne Hill donated more ten tonnes of belongings at the market this weekend, to be given to refugees living in Calais camps.

Herne Hill forum chair, Giles Gibson said he expected to collect just a few bags after circulating an email alert, but was “overwhelemed by the sheer quantity of itmes being brought by hiundreds of people – amazing generosity,” he said.

The 8ft-tall stack of donations will now be collected by the charity Cal-Aid, who will take them to France.