We’re ready to give it a Wurl! 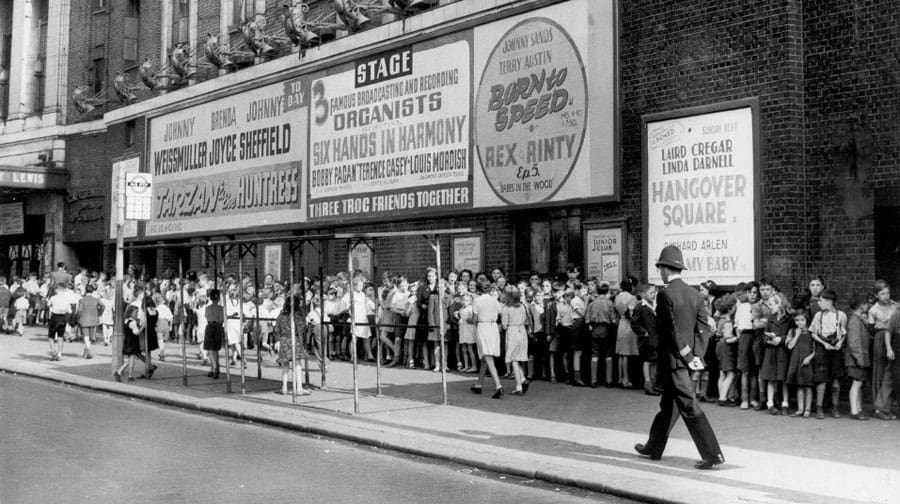 The largest Wurlitzer organ in Europe made the Trocadero in Elephant and Castle one of the finest ‘super cinemas’ in the country in its heyday.

The 1930s art deco treasure was rescued by the Cinema Organ Society before the 3,500 seater venue was demolished in 1963. Since the 1970s it has been sitting in the shadows at the South Bank University before the £275,000 project to bring it back to life was masterminded.

It has taken five years for a team of dedicated volunteers to fully restore the 21 ranks of 1,500 pipes in the mammoth four console instrument and it is now ready to be played again at its new home – the Troxy cinema in Stepney. Fundraising for the restoration was led by the Trocadero Wurlitzer Trust, whose patron, Denis Norden, presenter of TV’s Alright on the Night was a member of the Trocadero management team at the beginning of his showbiz career.

When the Trocadero opened in December 1930 it was a mecca for silent films which were accompanied live by organist. Adverts from the opening describe the Trocadero as ‘Europe’s largest cine-variety theatre’ and specifically mentions the £15,000 organ as well as ‘earphones for those suffering from defective hearing’.

An advert for the opening of the cinema

Cinema organs, like the Elephant’s Wurlitzer, differed from church organs in that its pipes were designed to imitate orchestral instruments. They also included real percussions such as drums and xylophones, and the console was ornately decorated to enhance the theatrical spectacle. The Troxy was built three years after the Trocadero by the same architects so it is a perfect home to the Wurlitzer, especially after its own pipe organ was broken up for parts in the ‘60s.

The Trocadero’s enduring star will be unveiled in ‘A Night of 1000 Pipes’ at the Troxy on August 22.

Southwark NewsNewsWe’re ready to give it a Wurl!