Sau said the people were lovely, but the country likes to think of itself as "superior" 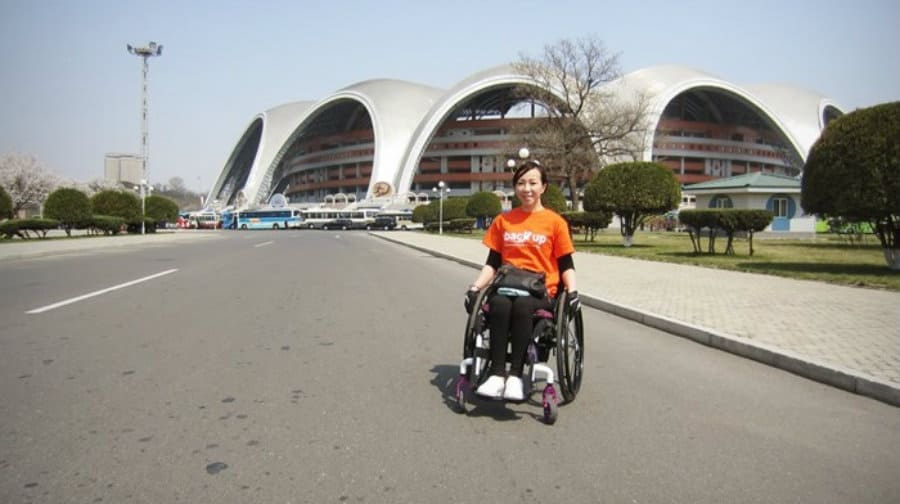 A paralysed Peckham woman has spoken of her gratitude to everyone who sponsored her almost-foiled 10km wheelchair race in Pyongyang, North Korea.

Thirty-four-year-old Sau Tran of Old Kent Road, left for her mini-marathon in the state in April 10 with the help of her childhood friend.

Despite assurances from her touring company who helped book her place in the international event, Sau said she was heartbroken when she arrived and heard that race officials had decided she could not take part, because of her disability.

Sau told the News: “I chose to go to North Korea because I had travelled all around Asia with a friend, and we promised each other we would go.

“But the committee running the event wouldn’t allow me. They had been deciding before I arrived, but couldn’t inform me in time as there is no internet and scarcely any communication to the outside world in North Korea.  When I found out, I actually cried.”

Sau suffered her paralysis after a road collision on her bike in 2013, whilst training for a London-to-Paris cycle ride.

“I didn’t even cry when doctors told me I’d never walk again. I had never been told I couldn’t take part in something – just because I was disabled,” she said.

But the disappointment didn’t stop the Peckham-born woman from taking on her own race. Using a guide, she took on her own, rough 10km track along random roads in the mysterious state’s capital.

She said: “I wasn’t going to sit back and feel sorry for myself and I wanted to do it and let people know I was grateful for their support.”

Her endeavours raised nearly £3,000 for the specialist charity Back Up – for people with spinal disabilities – who supported Sau since her accident to help her into a career as a wheelchair services manager.

Thanks for reading my story and supporting me, the website should be https://www.justgiving.com/fundraising/Sau-Tran