‘My whole flat smells like a dirty, wet towel because of damp’ says mum 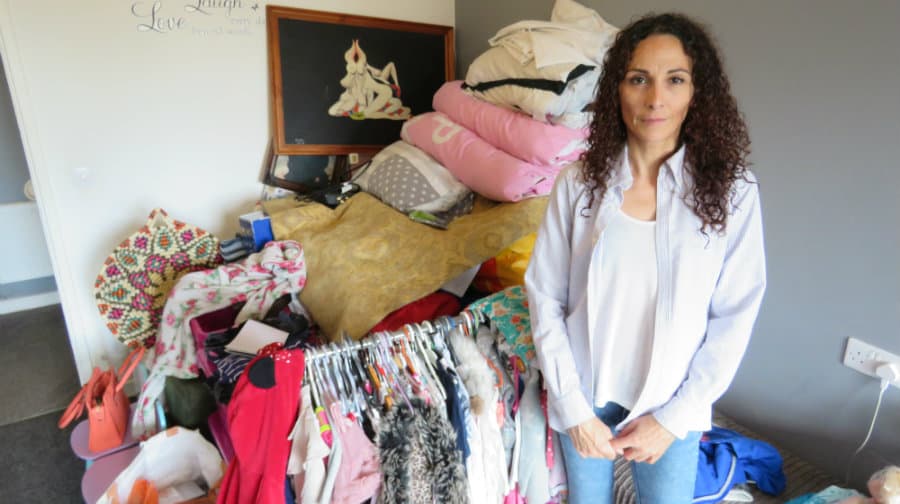 A mum living in a newly built flat says she has been forced to sleep in her living room with her three-year-old daughter due to mould taking over most of the rooms, writes Thomas Deacon…

Aynur Salih, 44, lives in the Family Mosaic managed flat near Elephant and Castle station with her daughter Ronnie and 20-year-old son.

Damp has affected nearly every wall in the house, forcing the family to move most of their possessions into the living room – which now doubles as the main bedroom.

Aynur said: “We have nowhere left to sleep. We have been sleeping in the living room, but fungus is now in there too, as well as in my kitchen. “It’s indescribable. I can taste it in the air, the whole flat smells like a dirty wet towel.”

Despite complaining repeatedly, Aynur claims that Family Mosaic have made no real effort to fix the problem in the property, which was built in 2013.

Aynur said: “I have been reporting this to them for over two years. I have dated photo evidence that shows the progress of the damp and fungal growth.

The family claim that their health has been affected, and daughter Ronnie often suffers from nosebleeds and colds.

Due to mould infecting most of the storage space several items of clothing were ruined, including a pair of Aynur’s designer shoes, meaning the family are forced to live mostly out of plastic bags.

A diagnostic team visited the flat in February and told Aynur that sewage was leaking from a communal sewage pipe, which was fixed in July.

A Family Mosaic spokesperson said: “We are aware of issues with some of the properties post-build. We have dealt with these issues by drawing up a comprehensive action plan and addressing the matters with the contractor, Lovell.

“It has been agreed that the next steps are to arrange for remedial works to be carried out within the property once the affected areas have dried out.” The spokesperson said they aimed to have the work completed by the end of August, and they would keep Aynur updated.